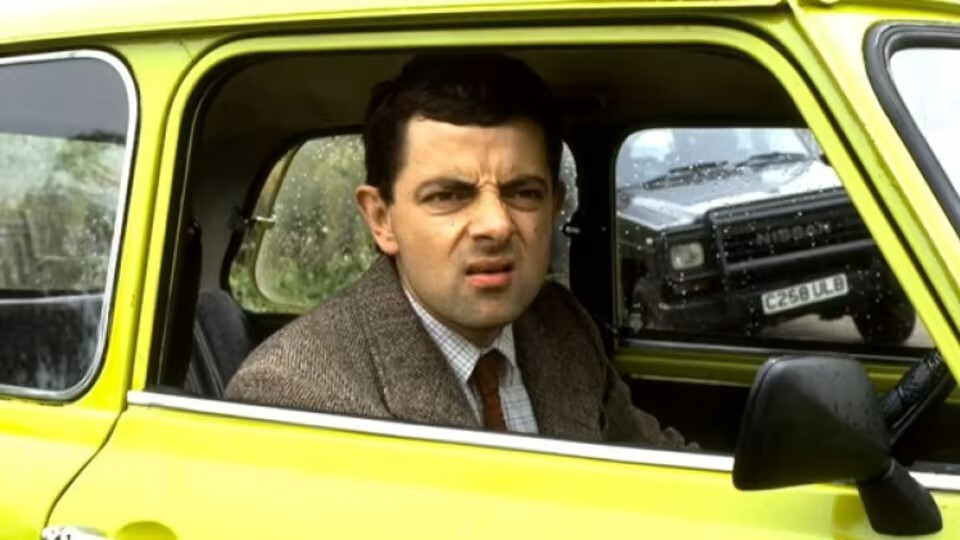 Everything You Need To Know About Mr Bean's Six Minis

Throughout the Mr. Bean series, Rowan Atkinson as the quintessential Englishman is always driving his iconic English Mini. His little green Mini with its ridiculous padlock is one of the most memorable parts of the show. Rowan Atkinson always plays an Englishman, and he likes to sometimes emphasize his Englishness. Like in his quasi James Bond parody movie trilogy "Jonny English" where he plays an English secret agent and is called "English."

In fact, during the show, Mr. Bean has not one, not two, but six different Minis. And the story behind these Minis and the different cars used in filming (and the crushing main battle tank) enriches the series even more. This series has been rocketed to fame all around the world. One part that makes it so popular in non-English speaking countries is that none of the jokes need to be translated. Here is everything you need to know about Mr. Bean's six Minis.

In filming, they used 3 Minis painted green and black. In addition, there were another two green Minis used during the filming without an engine. These were crushed by the tank. They were actually crushed in real life during filming. 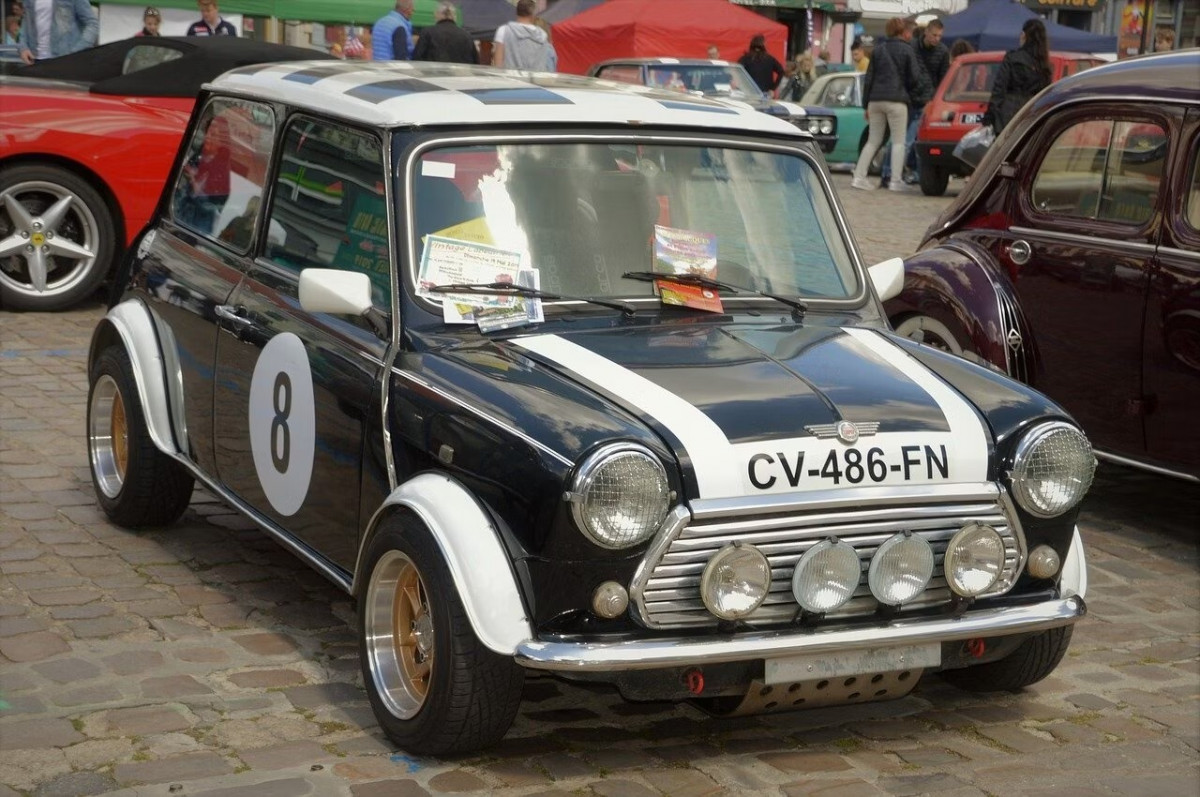 During filming, the crew would swap out parts from one Mini to the other. Reportedly only one of these Minis survived to this day, and you can bet it will be some Mr. Bean fan's prized possession. 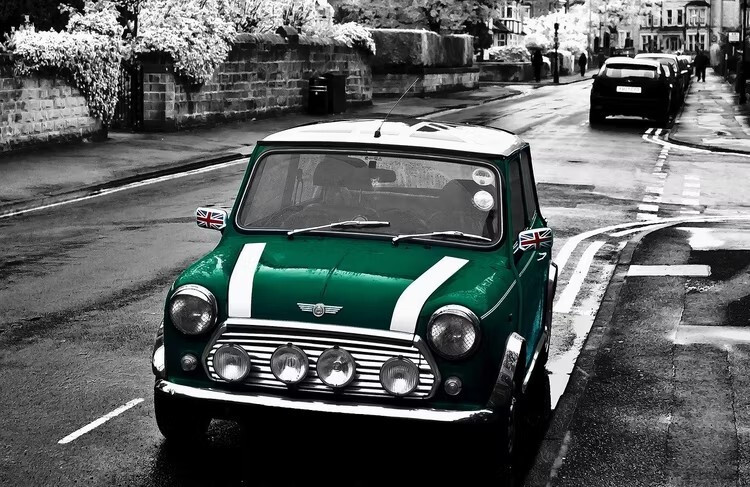 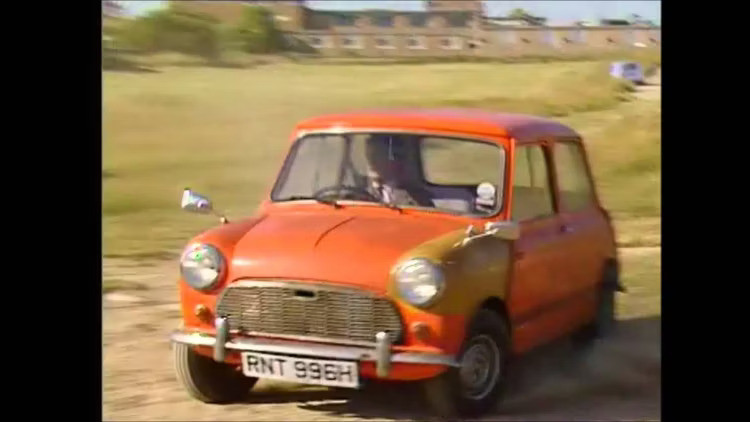 Mr. Bean's first Mini was actually orange, and we see it with the registration number RNT 996H. This initial Mini was a 1969 BMC Mini MK II. It's easy to forget that his iconic Mini wasn't always green — that came a little later. 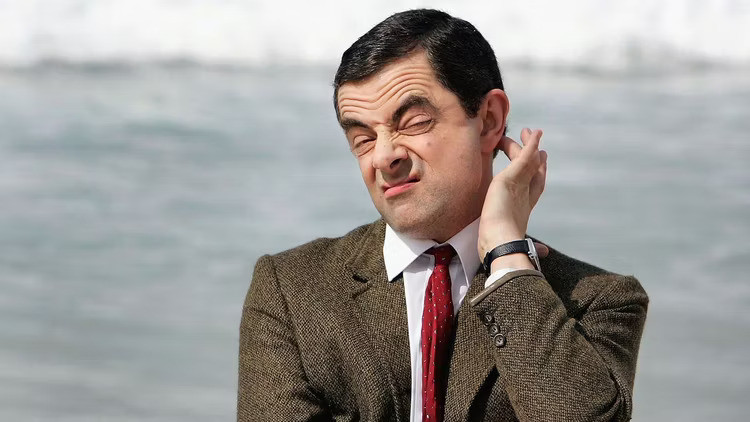 It only occurs in the first episode "Mr. Bean" which was aired on January 1st, 1990. It's easy to think of Mr. Bean's Minis as all green, but his first one was actually orange. 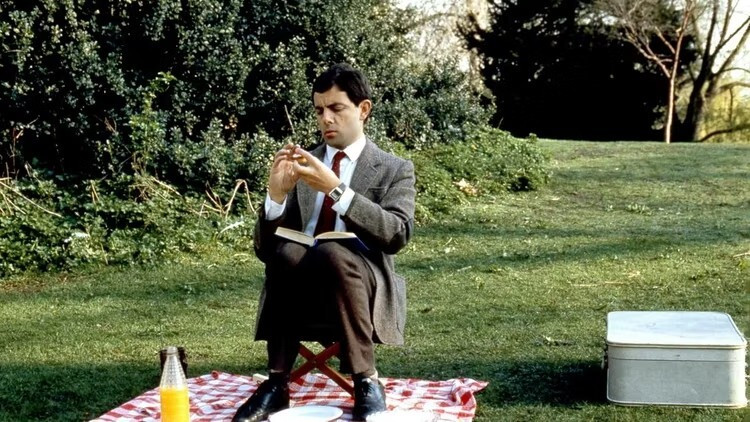 Mr. Bean's second Mini was a 1977 British Leyland Mini 1000 and was the iconic Austin Citron Green color with the black hood. It bore the registration plate number SLW 287R. 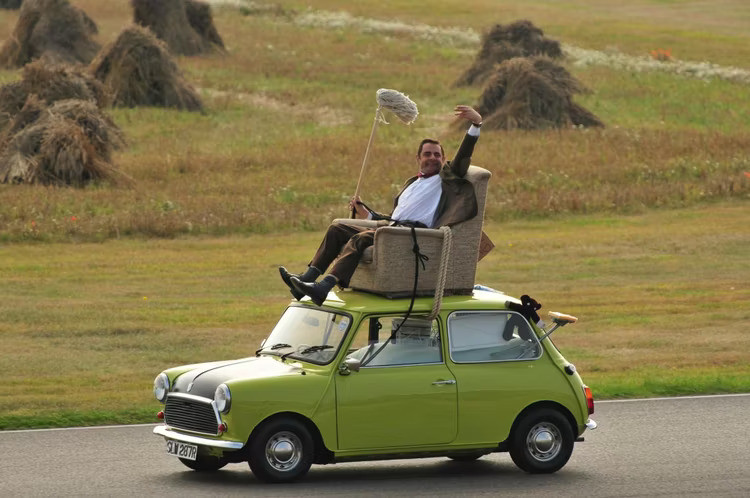 It was this Mini that was crushed by the Chieftain British main battle tank (now retired). That is after he naughtily swapped its parking spot for the identical Mini registered as ACW 497V. The Mr. Bean series to have something of a theme of karma! 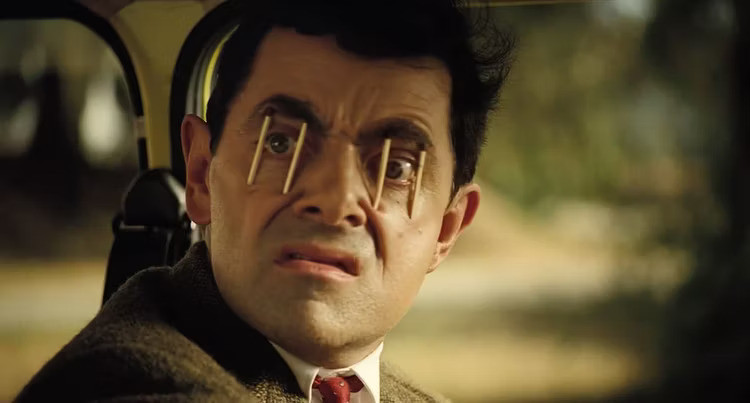 We see Mr. Bean driving another identical Mini registered SLW 287R. A fourth Mini can be found in the 1997 movie Mr. Bean registered C607 EUW. However, the scene with this Mini didn't make the final cut but can be seen in the extended DVD version. 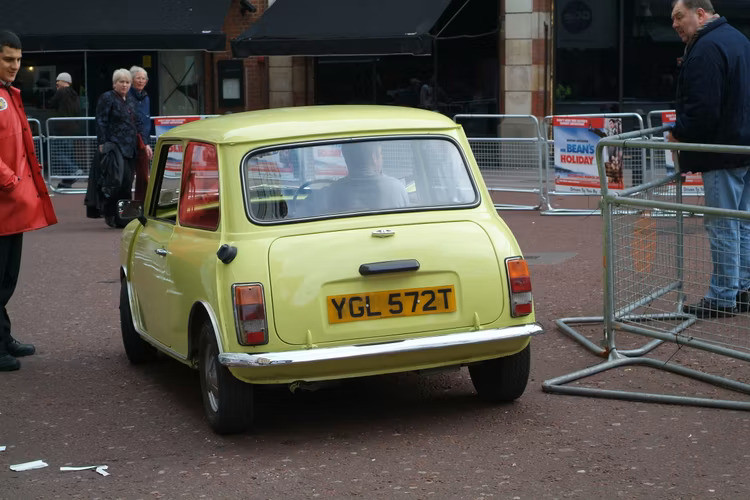 A "Nissan Amarillo Yellow" fourth Mini can be seen in the next movie "Mr. Bean's Holiday" numbered YGL 572T. A 1979 Austin Morris Mini stars in a 2015 Mr. Bean sketch made for Comic Relief.

6 How Mr. Bean Secures His Minis 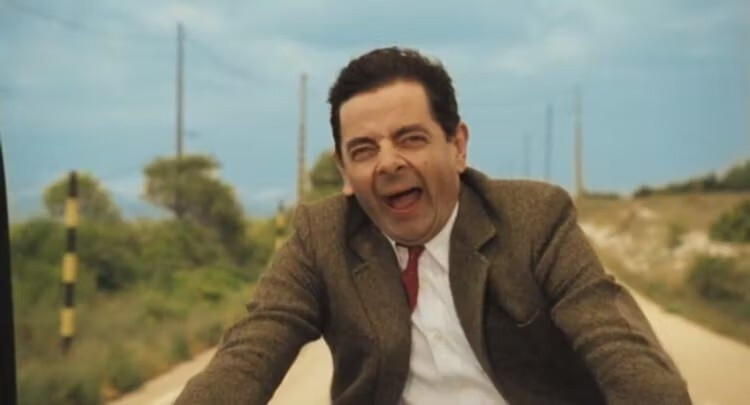 Mr. Bean locks his Mini with a padlock with provides very limited security to his prized possession. It's not all that hard to pick a simple padlock! 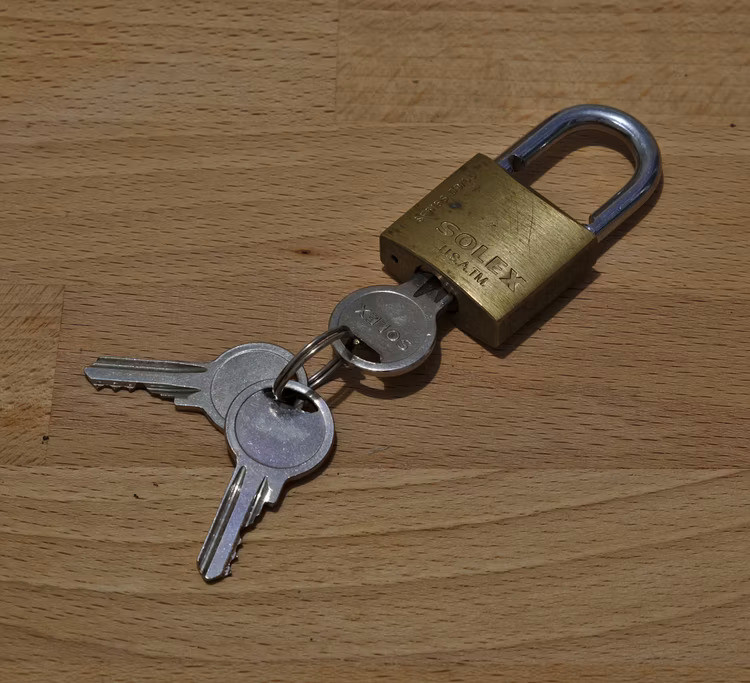 Consequently, in the episodes "The Trouble with Mr. Bean" and "Mr. Bean in Room 426" we see Mr. Bean remove his steering wheel. His car is easily broken into by a car thief. His car is hotwired, but the thief is foiled due to the lack of a steering wheel. 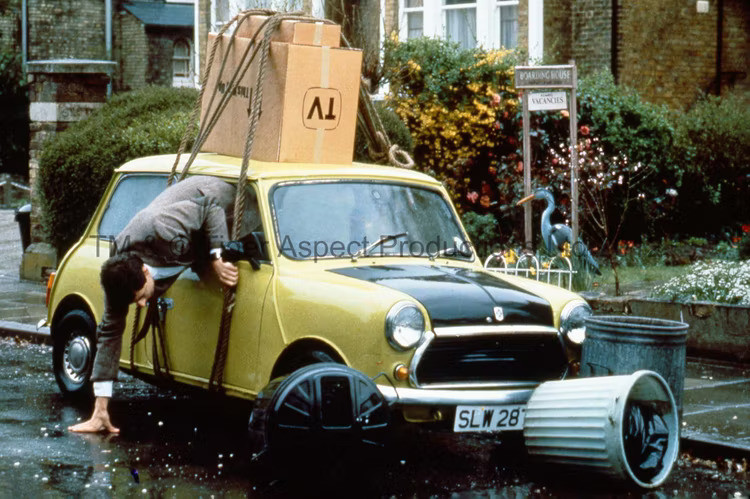 Mr. Bean has household possessions that he wants to transport, but the problem is he only has a Mini. And of course, there isn't all that much room in a Mini. Consequently, when we see him buy a new TV, he tires it to his roof. 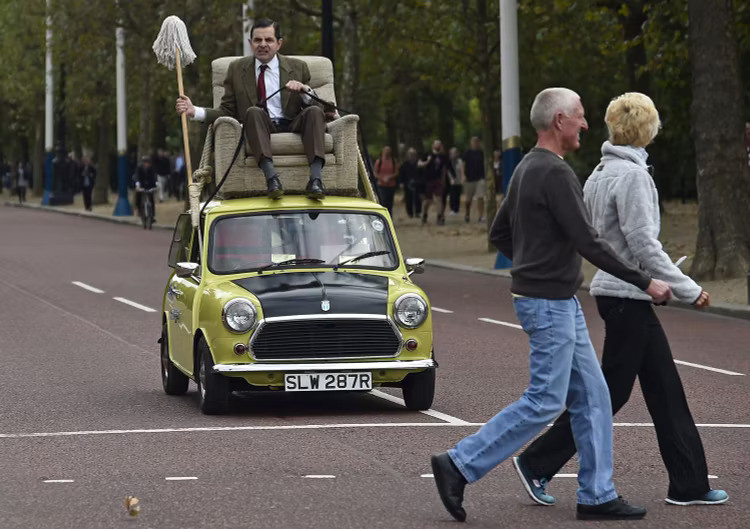 In the episode "Do-It-Yourself Mr. Bean" we see him sitting in an armchair strapped to the roof and controlling the vehicle from there with cords and a mop attached to the vehicle's controls. 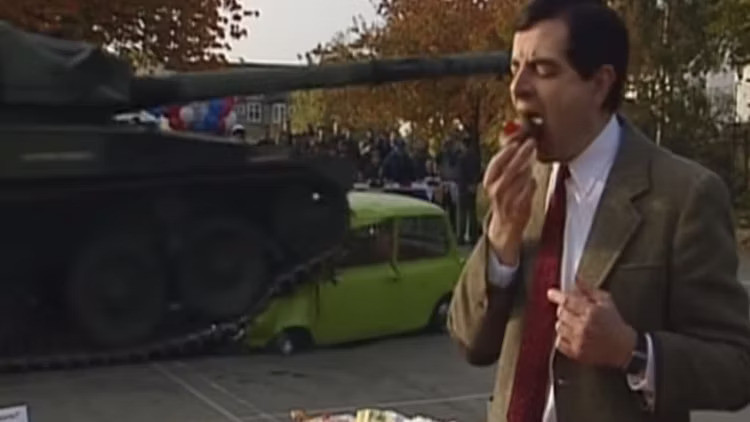 Not only is Mr. Bean's priced Mini crushed by a tank in "Go Back To School Mr. Bean", but this is also a reoccurring gag. A total of four Minis are seen crushed in the course of the series. The other three are; the imposter Mini from the episode where Mr. Bean rides in an armchair on the roof, a 1980 Austin Morris Mini 1000 numbered ACW 497V and another red Mini can be seen getting the same treatment. 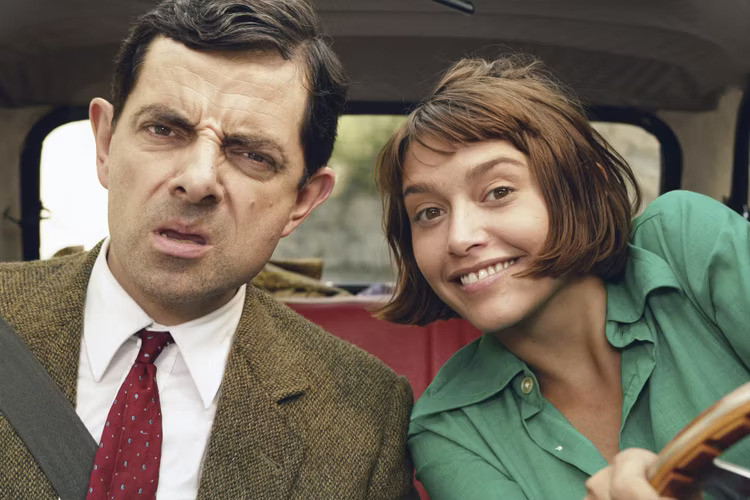 The Mr. Bean series debuted on the 1st January 1990 and ended with "The Best Bits of Mr. Bean" on 15 December 1995. A total of 15 episodes were made in that time, and they were then followed by two feature films. 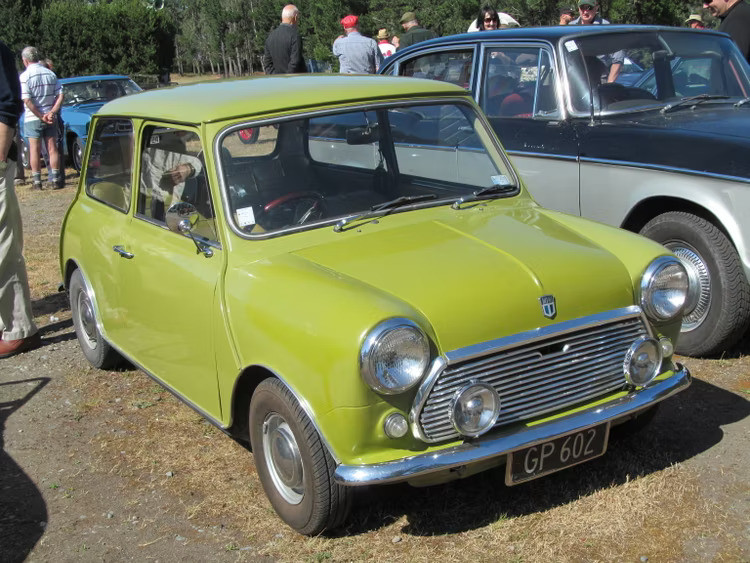 Rowan Atkinson also appeared in character as Mr. Bean in the opening ceremony to the 2012 London Summer Olympics. It has become one of the most loved British TV comedy series around the world.

2 History Of The Mini 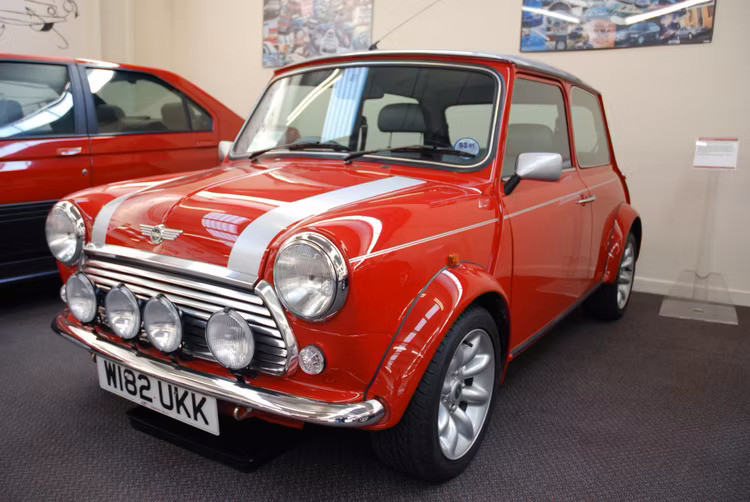 The Mini is a tiny British car made popular for its unique design for being so small and yet comfortable for four adults. It was also popular back in the Suez Crisis for being so light on the gas at the time. 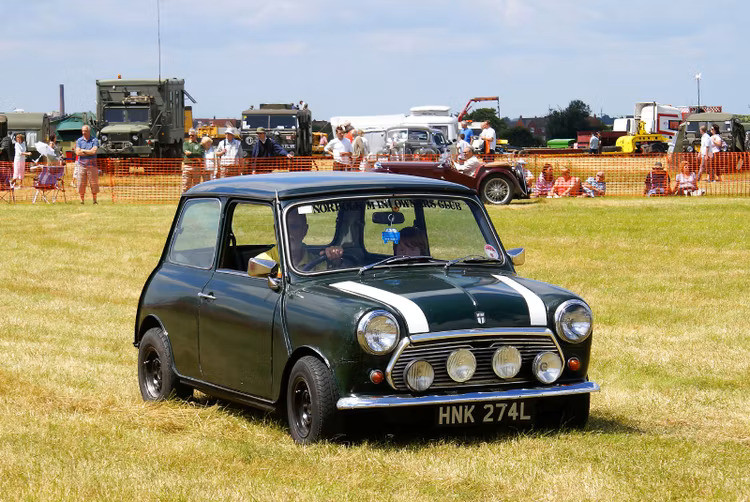 The Mini was also noted for how well it performed around corners, this made it a fun car for racing. It was first produced in 1959 and has since become one of the most iconic British cars. 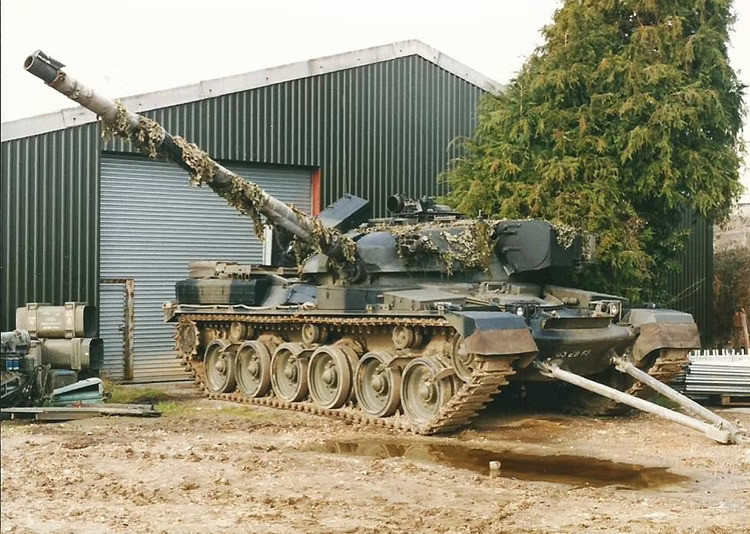 The giant tank we see crushing Mr. Bean's Mini in the episode "Go Back To School Mr. Bean" is a Chieftain main battle tank. The Chieftain was the main battle tank of the United Kingdom through much of the Cold War and was first introduced in 1966. 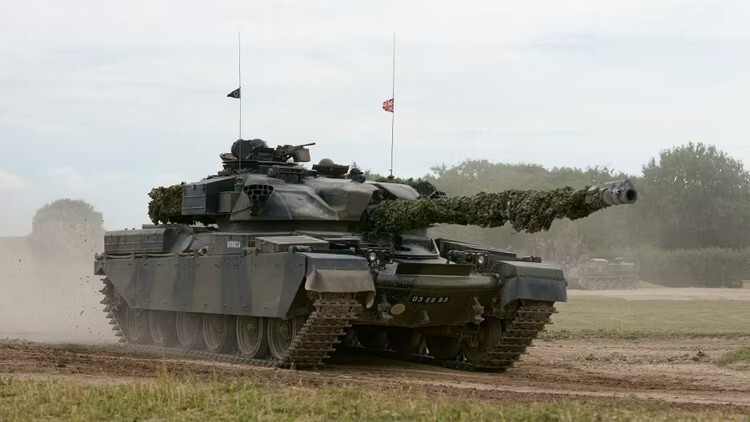 It was eventually replaced by the Challenger I and was retired in the UK in 1995 (the episode was first aired in 1994). They remain in service in Oman, Iran, and Jordan.

In summary, the Mini is a large part of what makes the Mr. Bean series the hilarious comedy that it is.