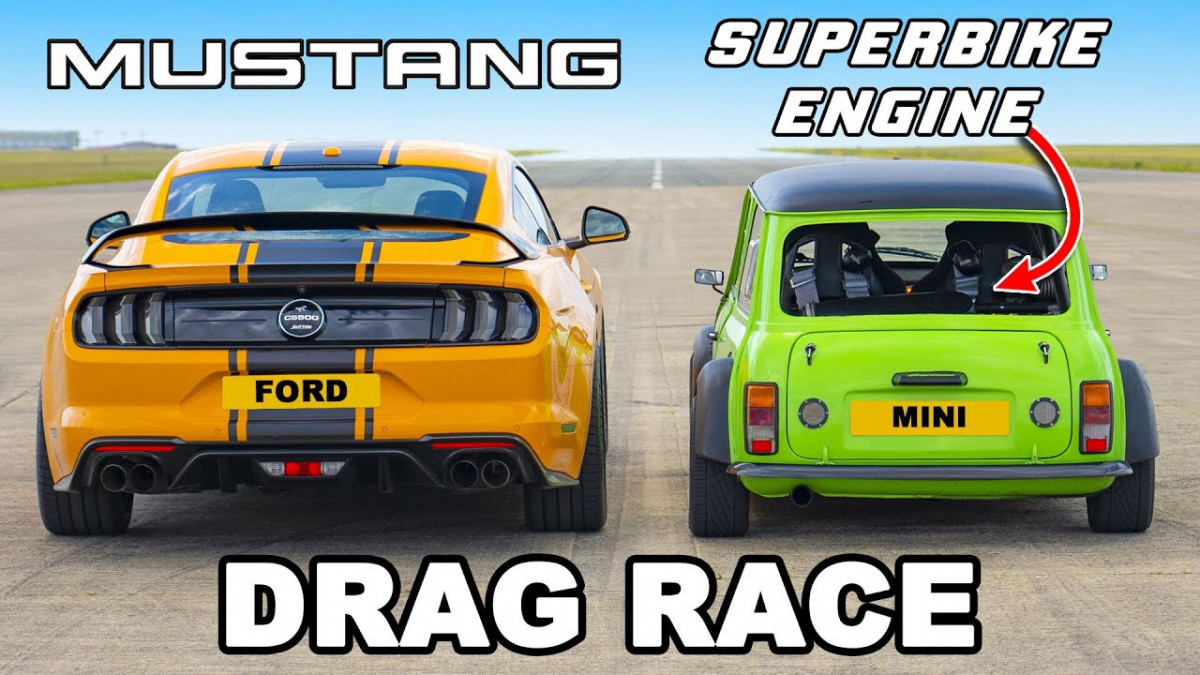 A drag race between a MINI – regardless of generation and version – and a Ford Mustang would normally be a David vs Goliath duel. However, this green machine is far from being your cutesy small hatchback since the engine now sits behind the seats and sends power to the rear wheels. Not only that, but it has lost the stock powertrain in favor of a high-revving 1.3-liter unit taken from a Suzuki Hayabusa superbike. 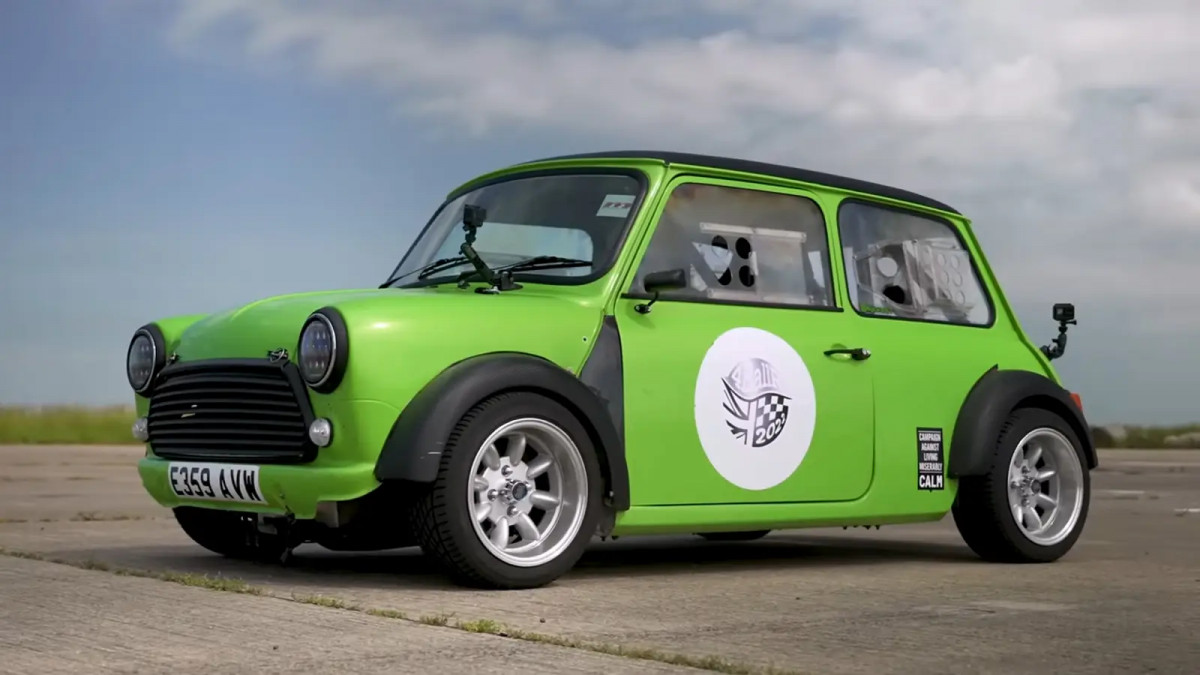 While 180 horsepower and 150 Newton-meters of torque might not sound like much, the MINI tips the scales at just 500 kilograms (1,102 pounds). That Ford Mustang GT must carry around more than three times the MINI’s weight, at 1,730 kg. It makes up for the extra bulk with a much larger naturally aspirated 5.0-liter V8 producing 490 hp and 530 Nm after being upgraded by the tuners at Clive Sutton. 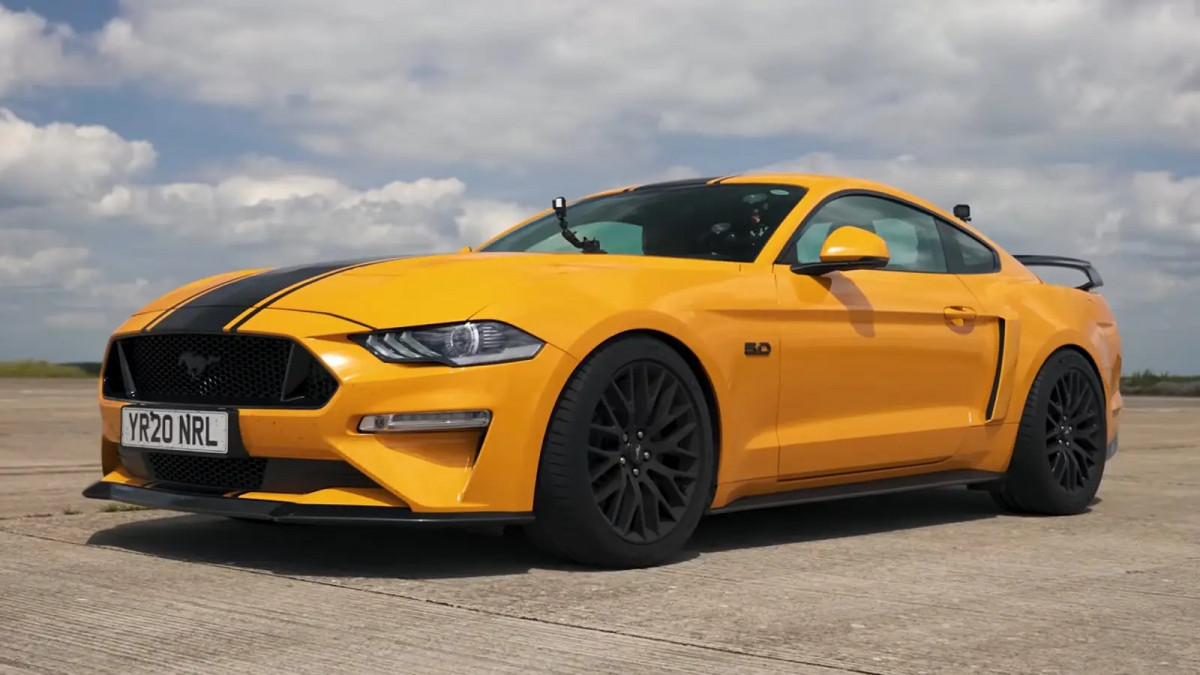 The Hayabusa-powered MINI uses a six-speed sequential gearbox whereas the Mustang GT relies on a 10-speed automatic transmission. Predictably, the bonkers hatchback as light as a feather is considerably quicker off the line in the drag races, but the pony car manages to catch up thanks to its colossal power advantage. The British city car ultimately loses both drag races, although it’s impressive how small the gap is between the two. 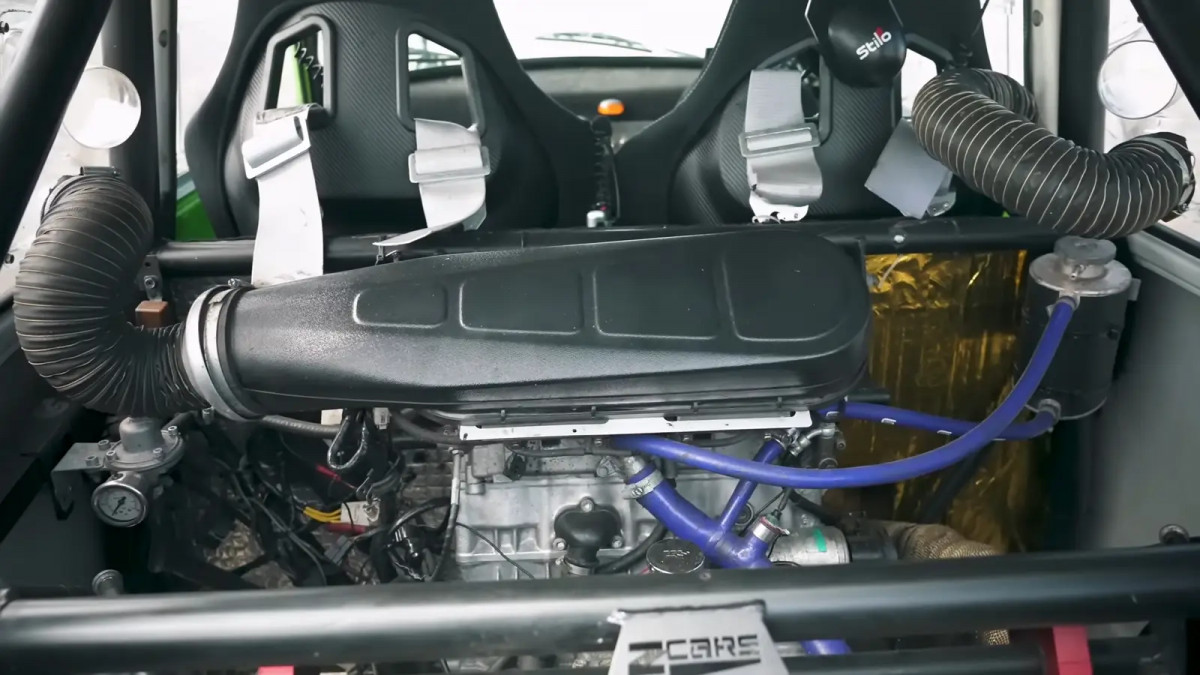 The subsequent roll race from 30 mph put the MINI in the lead once again, but to no avail as the orange ‘Stang unleashed its V8 wrath and recuperated the lost ground with ease. With the sports car carrying the Blue Oval in manual mode and in third gear, the tiny car took its only win that day by a negligible margin. 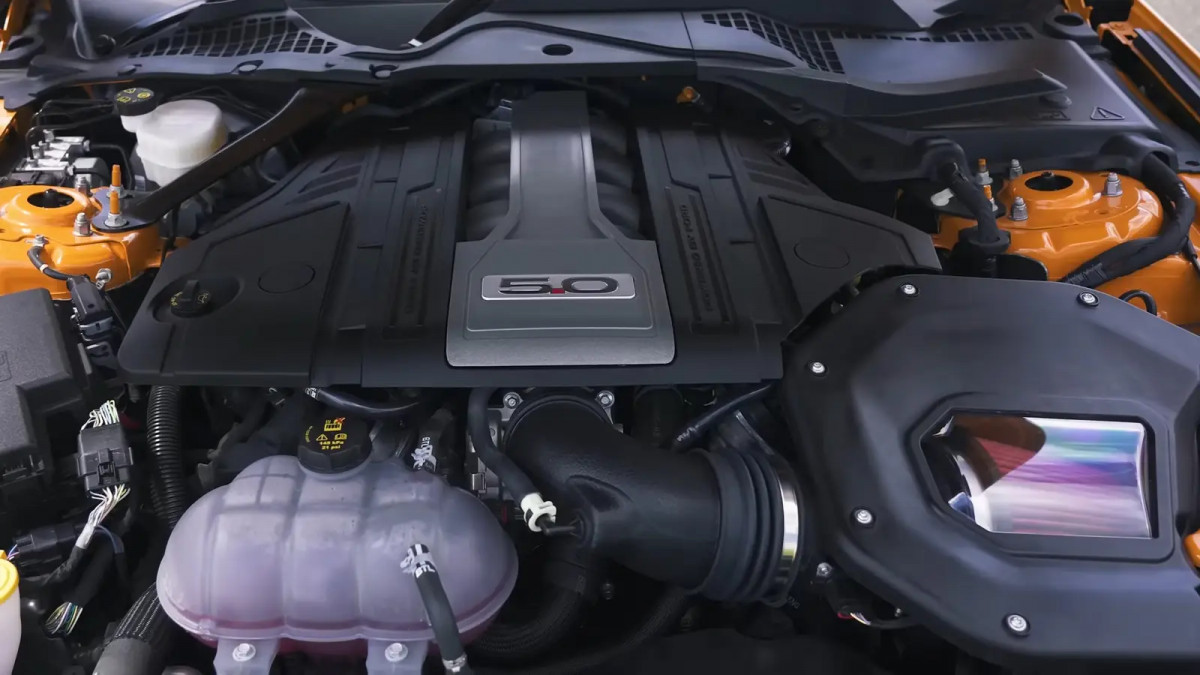 It’s safe to say the brakes represent the Achilles’ heel for the MINI since it needed a lot more room to come to a full stop from 70 mph despite being much lighter than the Ford. The Mustang GT was the overall winner that day, but the ludicrous MINI won our hearts.