We've seen quite a few interesting cars drag racing in Hoonigan's This vs. That series. When we say interesting, we generally mean pretty freaking wild but this time around, it's not the cars that are interesting. It's how insanely fast they are, specifically the mighty Mini.

We don't know if this 1974 Mini's official nickname is Super Cooper, but it should be. There's a 3.2-liter Acura V6 engine nestled in the back, bored out to 3.5 liters and crowned with a supercharger to make 500 horsepower (373 kilowatts). The Mini's stance is considerably wider than stock to allow room for the mill and manual transaxle, but this isn't some barebones race car. It has air conditioning, and the dash is fitted with a touchscreen infotainment system.

For that matter, the Mini's competition also combines creature comforts with insane power. Everyone is familiar with the Dodge Charger Hellcat by now; this is a 2016 model that we'll just say makes at least 1,000 hp (746 kilowatts). The owner is coy on revealing all the upgrades, but when the starting point is a 707-hp Hellcat engine, it's not too tough to break the 1,000-hp barrier. 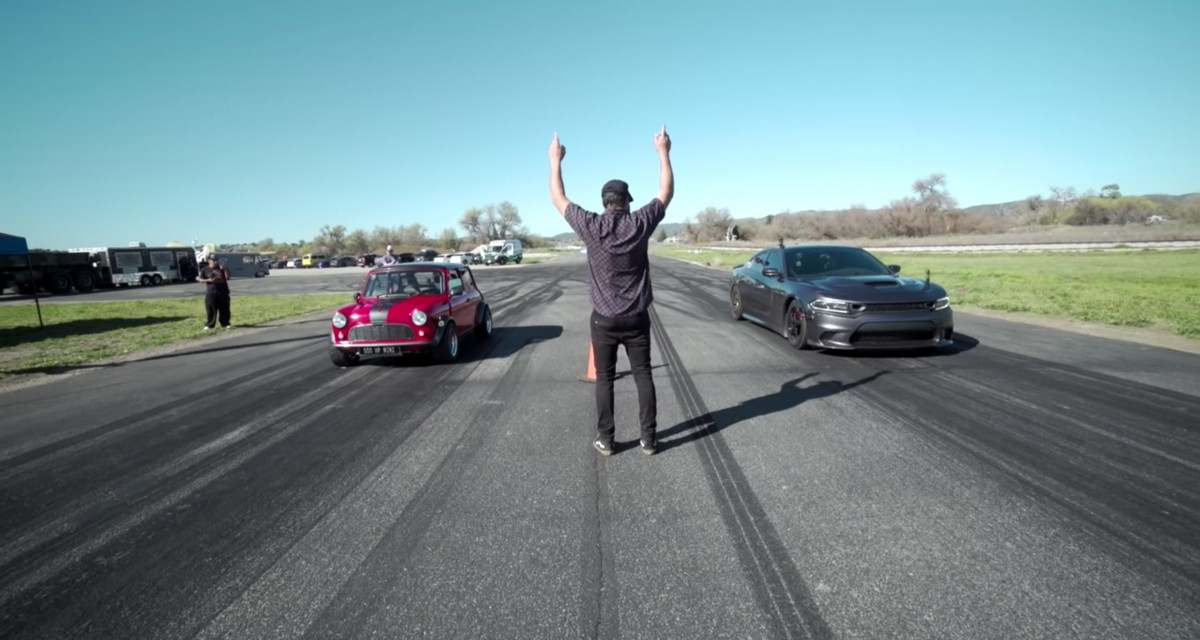 At first glance, one might think this is an open-and-shut case for the Dodge. It has twice the power of the Mini, but the Super Cooper is probably three times lighter than the big sedan. Exact weights are mentioned, but if you need evidence of the Mini's power-to-weight ratio, the first of three races tells you what you need to know. It leaps off the line, spinning the tires like crazy but not nearly as bad as the Charger. The launch is so abrupt that the Cooper's engine cover comes off. Mostly, anyway – it's dragged for the entire race, which by the way, the Mini won by several car lengths. Super Cooper, indeed! 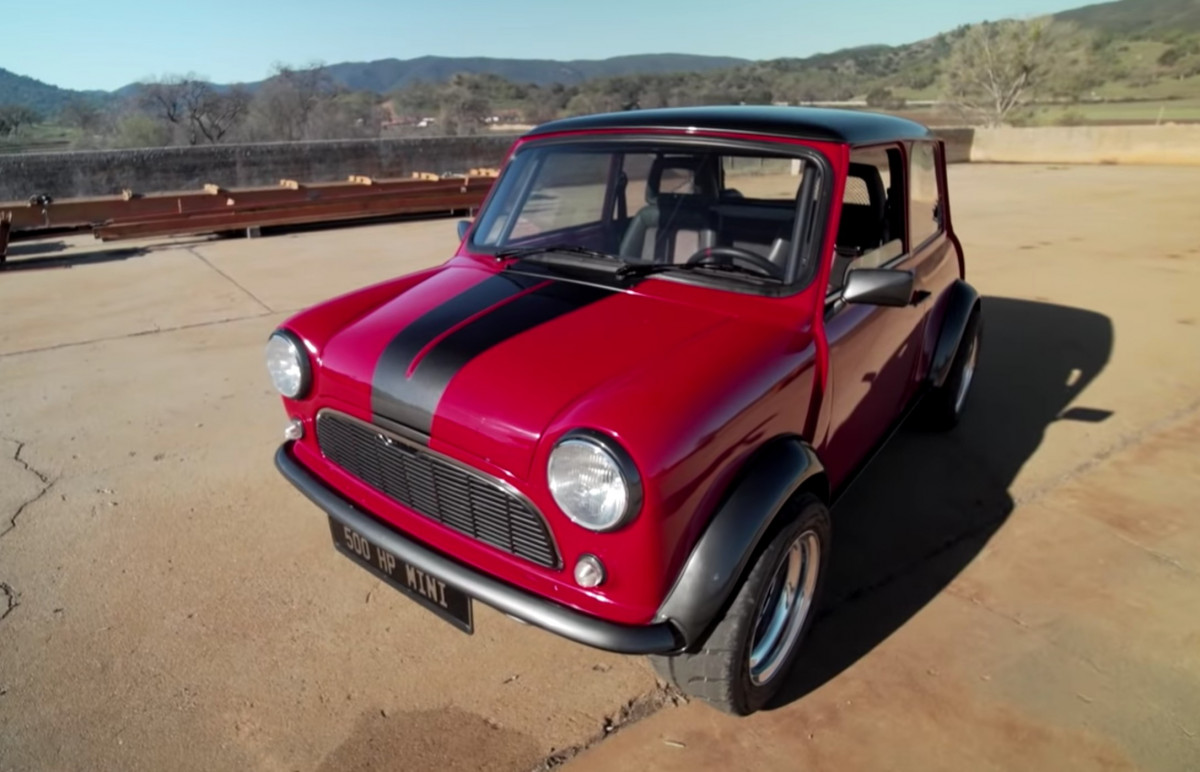 The Mini suffers a minor mechanical issue for the second race, giving the win to the Charger. As for the final run, it's a roll race that sees both cars struggle with traction as they head down the course. Ultimately, the Charger's superior power pays off on the big end of the track, though the Mini isn't far behind at the finish. In fact, the Cooper's performance is so good that a bonus race is held, once again from a standing start. We won't spoil that final outcome but we will say this: it's awesome to see two very different vehicles engaged in exciting, side-by-side racing.