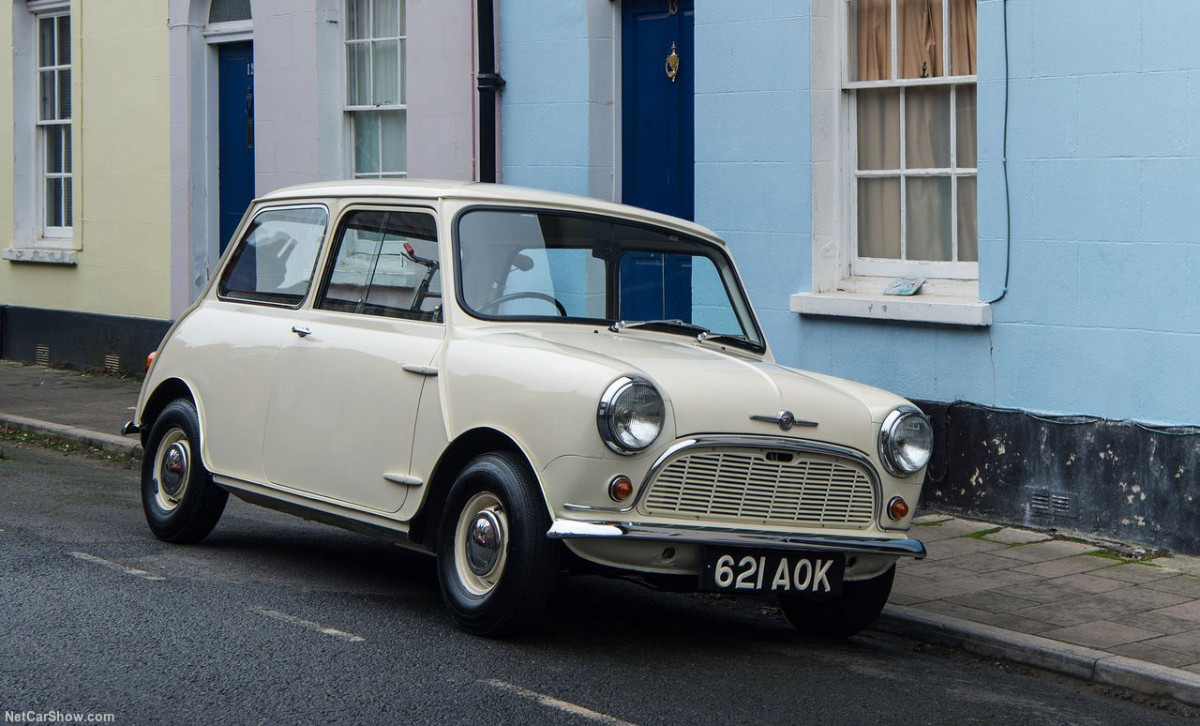 Of all the thousands of cars in the history of motoring, none has ever united the classes in the same way as the BMC Mini. From students to pop stars, wealth (or lack of) has never been a barrier to Mini ownership – and nothing has changed since the car’s demise in 2000. 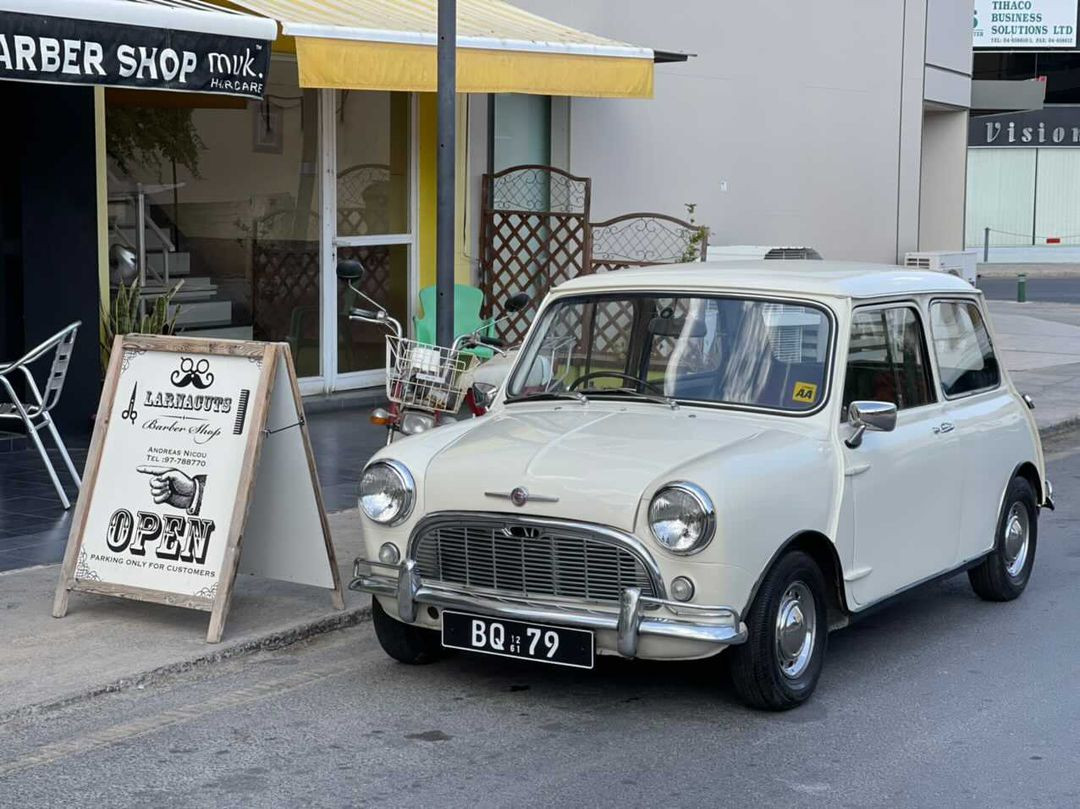 Whether you’re loaded or strapped for cash, a Mini makes sense because it’s such huge fun to drive and easy to maintain; running costs can also be astonishingly low. But the best part is the social side; buying a Mini opens up all sorts of opportunities for your social life thanks to the massive number of clubs that cater for the car.

You might think all this would be enough, but there are also unlimited possibilities to personalise your Mini; which must make this tiny buzzbox one of the most appealing and versatile cars ever created.

25 Facts You Might Not Know About The Classic Mini

While there are a number of joys to be had with a classic Mini, there is also potential heartbreak when it comes to buying a car needing a lot of work, or hiding serious problems. Many cars have been badly restored, while others might be in need of serious mechanical work. While most things are cheap and easy to fix, it’s worth seeking out a good car to avoid unnecessary worry in the future. 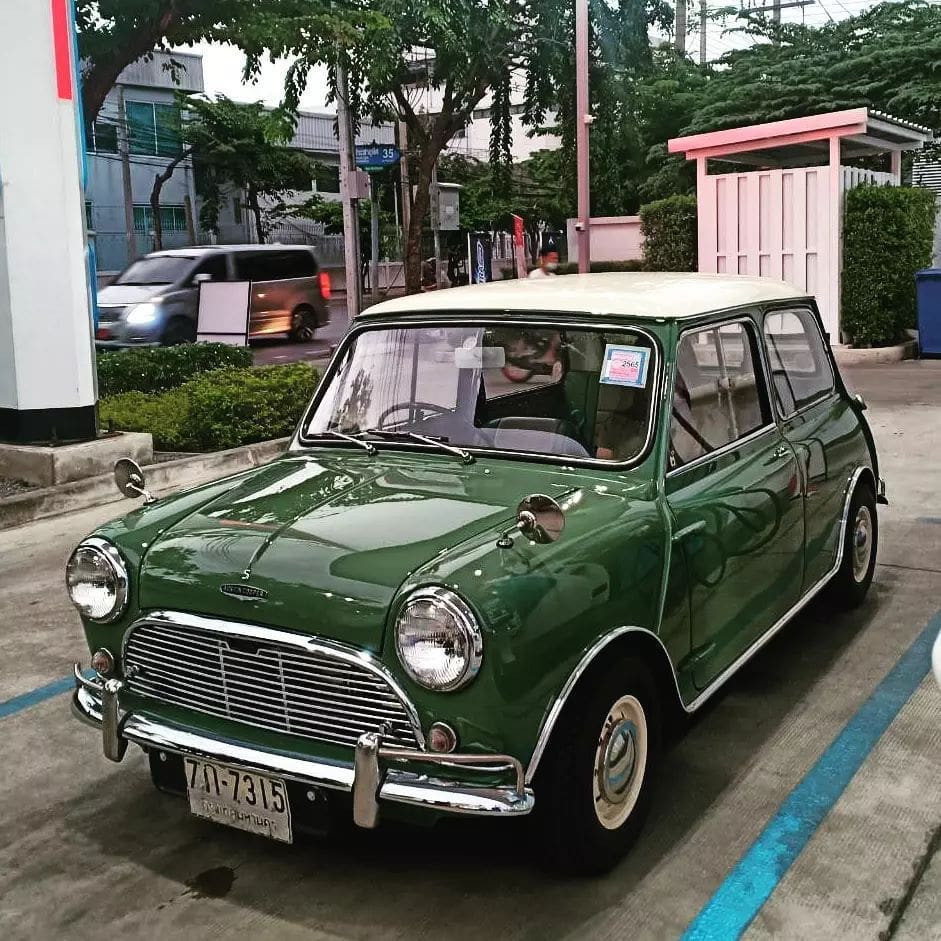 Which Austin Mini to buy?

The obvious answer to the question of which Mini to buy is a Cooper or Cooper S, but these are worthy of a separate guide so we’ll focus on all of the other derivatives here. Read the full Cooper and Cooper S buying guide here. The thing is, there’s no shortage of derivatives as there were 848cc, 998cc and 1275cc engines, saloon, estate, pick-up and van bodystyles and later on there was a handful of cabriolets created too.

All but the saloon are rather specialised and relatively rare too, so the chances are you’ll be homing in on a saloon of some kind. Anything with an 848cc engine is now pretty collectable – especially if it’s an early car in good, original condition. The MkIs (built between 1959 and 1967) are the most sought after, but the MkII (made from 1967 to 1969 and offered with a 998cc engine option) is also covetable too.

By the time the MkIII arrived in 1969 the Mini was less cute, with its concealed door hinges and winding windows. But the fitment of a 998cc engine (there was still an 848cc option) makes the car more usable. Mini saloons from the 1970s, 1980s and 1990s are generally much less collectable, unless they’re Cooper editions – which is why they’re perfect if you’re buying your Mini to use rather than as an investment.

If you want to consider something a little bit more unusual, then there is of course the Mini Moke. While it’s based on the Mini’s underpinnings, the body is completely different, and a whole lot of fun! If you can’t think where you’ve seen a Moke, the fun little beach car featured in all sorts of cult TV series such as The Prisoner, and even a few James Bond films. Read the full Moke buying guide here. 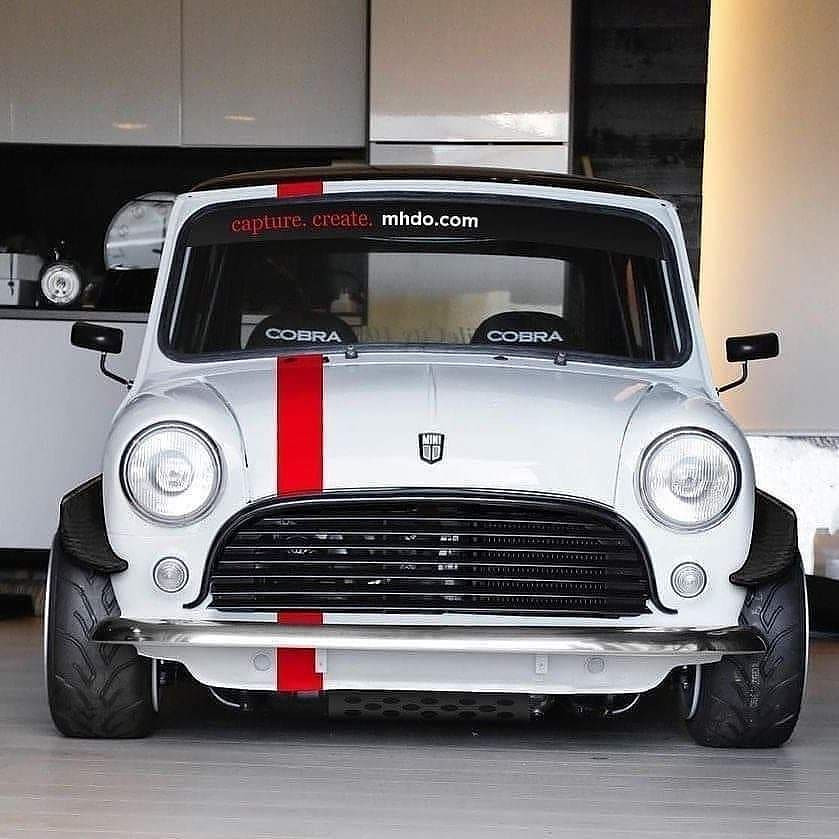 • Corrosion: all Minis rust, often spectacularly. Check everything you can see, with the main areas to watch including the A-pillars, scuttle panels, sills and front subframe mounting points. The floorpan will most likely be corroded, so pull back the carpets and rear seat to inspect. Front and rear shock absorber mounts can become corroded while the rear subframes are a common MoT failure.

• Engine: the A-series engine is one of the simplest and durable engines in classic motoring, and you can expect a well serviced example to last 100,000 miles before it needs a rebuild. Problems are easy to diagnose and repair at home, while spares are plentiful and cheap.

• Leaks: oil leaks are to be expected. With the larger capacity 1275cc engines, expect more rapid wear to the valve stem seals and valve guides. If you can hear a noisy timing chain, especially a problem on the Mini 1000, then be prepared to fit an uprated duplex chain assembly to cure it.

• Gearbox: the standard four-speed manual gearboxes can last for over 100,000 miles before a rebuild, if the oil (shared with the engine) is changed every 3000 miles. A three-speed automatic transmission was offered from 1965.

• Suspension: one of the defining aspects of the Mini is its rubber-cone suspension system, which requires very little maintenance. Most Minis, if not modified, will come with this great set-up apart from saloons built from the mid-to-late 1960s that feature a considerably different Hydrolastic system. 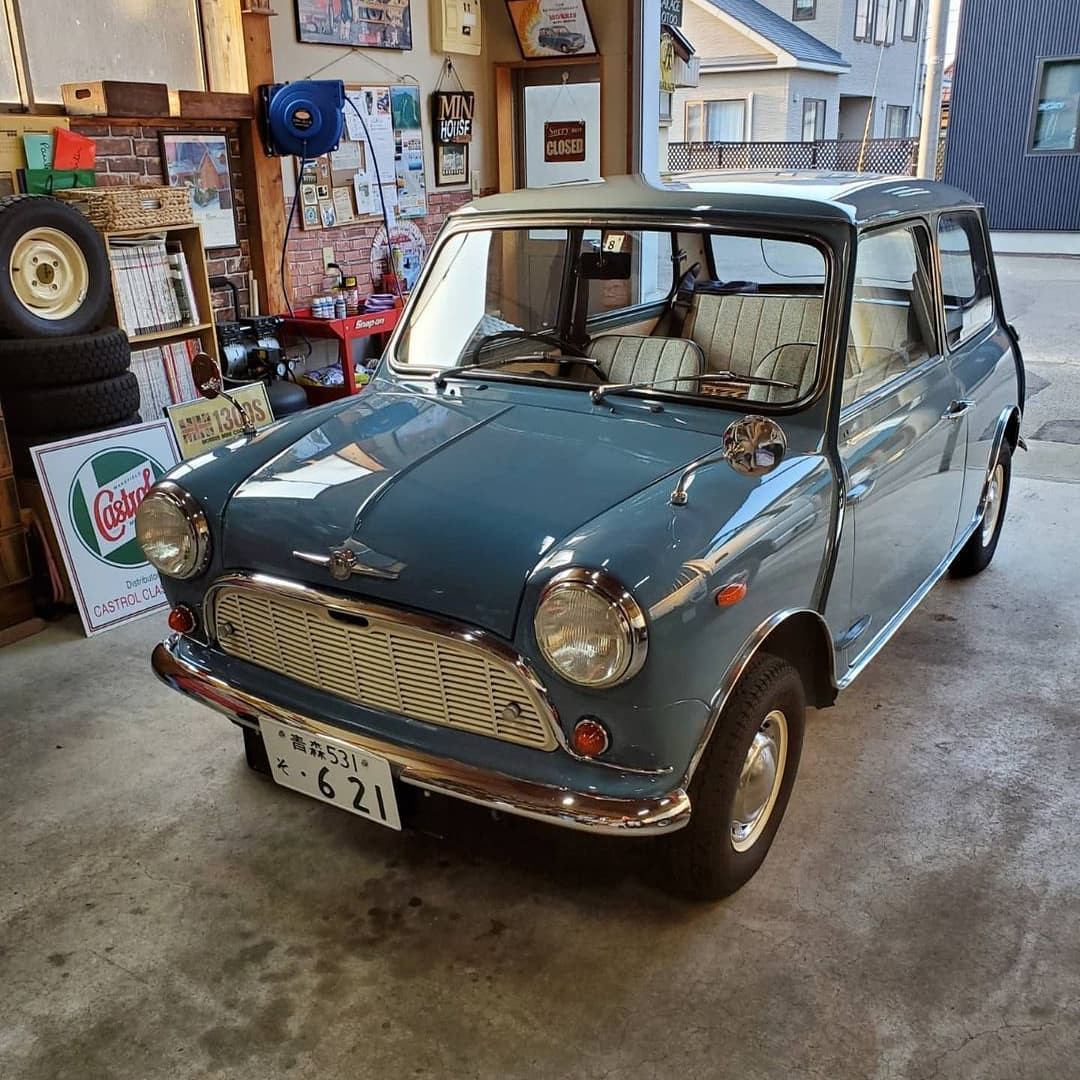 • Rear suspension: if the car has been owned by a careless parker, the rear suspension alignment will most likely be out of whack. Damages radius arms will occur if the wheels are knocked, but thankfully parts are readily available to set it right again.

• Wheels: if aftermarket wheels have been fitted it's worth checking the width of them. Anything over six inches wide will put an undue strain on the bearings, and will probably foul the bodywork.

• Electronics: the lack of electrical goodies means that wiring issues are very easy to fix. If it's not properly secured, the boot-mounted battery can cause fireworks, just like if the live lead to the starter motor is allowed to short out. Most starting issues can be traced back to issues with this lead. The bulkhead-mounted fusebox is often laced with poor connections, and bullet connectors fitted to early cars will cause troubles if not replaced.

1959: Mini 848cc saloon debuts, in Austin Se7en and Morris Mini-Minor forms. A van and pick-up arrive soon after, along with Countryman and Traveller estates.

1967: The MkII Mini goes on sale, with larger rear windows and back lights. The Super Deluxe and estate get a 998cc engine. 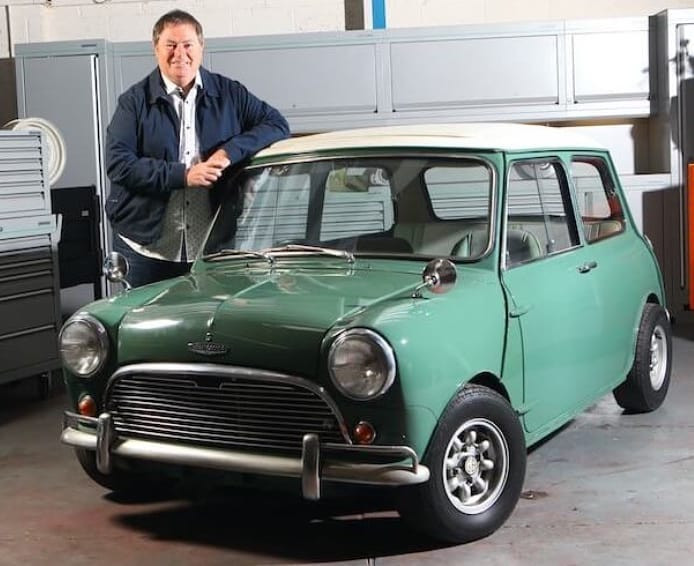 Early Mk1 Minis are the rarest, as well as the most expensive of the non-Cooper models. The very first ‘59 cars in good condition can easily fetch in excess of £20,000, with later Mk1 cars commanding closer to £10,000 in good condition. There are plenty of projects around, as well as fakes, so be sure you know what you are buying.

Budget around £6000 for a later Mini in fine fettle, with usable cars coming in at £2000-£4500. As always with cheaper cars, be sure to know what problems could be lurking within, as repair costs can quickly spiral out of control. The Clubman remains a great value way into Mini ownership.