The ‘Mini’ as we know it today was introduced in 1959 and marketed by the British Motor Corporation (BMC) as either an Austin Seven or a Morris Mini-Minor. The model names were soon simplified to become just the Austin or Morris Mini and both cars were identical apart from the badges and radiator grille. The cars design of transverse engine, front wheel drive and suspension layout, to give maximum interior space, also resulted in exceptional handling for a small car. This fact didn’t go unnoticed by John Cooper, owner of Cooper Cars and designer and builder of Formula One and rally cars. Seeing the potential for competition he persuaded BMC to build a performance version and so in 1961 the Austin and Morris ‘Mini Coopers’ were born. The car used an increased capacity 997cc race tuned engine with close ratio gearbox and front disc brakes and immediately became a success with the racing and rallying fraternity. An even more powerful version, initially termed the ‘S-Type’, was introduced in April 1963 using a further developed 1071cc engine and larger servo assisted disc brakes. The Mini Cooper S became immediately popular with celebrities and rally drivers alike and has more recently become a firm favourite in historic racing.
This Mini Cooper S was built and race prepared by specialist Rae Davis of Rae Davis Racing, with engine build by Classic and Modern Engine Services. Rae built it for his own personal use and raced successfully with the likes of Tony Jardine and Patrick Watts and was a firm favourite with the crowds at Goodwood.

Rae parted with it when it came into the hands of gentleman racer and Aston Martin specialist Desmond Smail who has competed it very successfully with the likes of World Touring Car Champion Rob Huff and multi award winner Emanuele Pirro at various historic sporting events. These include the St Marys Trophy, Goodwood Revival and the Sears Trophy, Goodwood members Meet. With Smail and Huff behind the wheel it achieved 1st in class at the Trans-Atlantic Touring Car trophy, Silverstone Classic, and 1st place overall in the Historic Masters Pre 66 Touring Cars Trophy, Brands Hatch.

Apart from the odd scuff his Mini Cooper S has never had any major ‘offs’ and has never had to be re-built, it is one of the fastest Minis on the circuit and comes ready to race with a spare engine 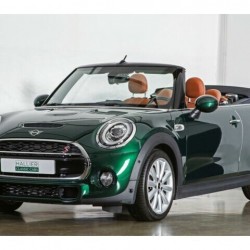 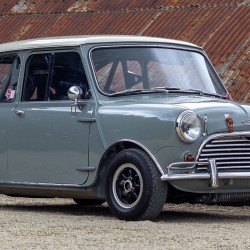 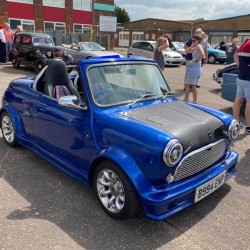 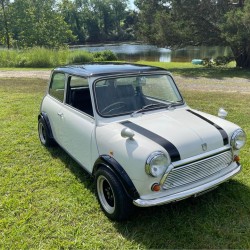 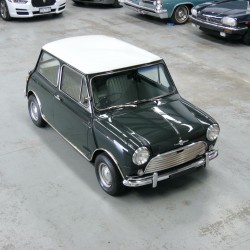