The RSP (Rover Special Product) was made by John Cooper to reintroduce the mini Cooper back into production. From 1971 – 1990 the mini Cooper was not made and the only available cars were 998cc minis. John Cooper fitted a Metro 1275cc engine to a Mini 30 plus added some Cooper touches like bonnet stripes, white roof, and Minilite alloy wheels and 1050 were produced for the UK market.

Due to the success of this car the mini Cooper then sold for an additional 10 years until the new BMW mini was made. John Cooper also gave the option of the S Pack which made the RSP into a Cooper S with an improved Cooper cylinder head (blue), exhaust manifold / exhaust, twin 1.25 SU carburettors and an oil cooler. This conversion made the RSP very exciting but was an expensive option so only a few where ever made.

He also offered a Handling Pack which consisted of wider 165 performance tyres, 5 mm wheel spacers and sports shock absorbers which is also fitted to this car.

The history file also has the original book pack, both sets of keys, extensive John Cooper Garages invoices for conversion work and servicing and every past MOT to support the mileage of 45900 miles in the last 32 years. It was bought on under 200 miles by its first owner who enjoyed it with his wife (also as an owner) for the first 28 years.

I then bought it from him and sold it in 2019. Since then it has lived in a Carcoon air chamber and has been enjoyed on dry days. The car was waxoiled from new which has kept the car in fantastic, original condition. It is rare to still see the factory RSP bonnet stripes and factory ‘orange peal’ effect painted RSP wheel arches as well as original panels. It has recently had 4 new Yokohama A539 tyres 4 new adjustable shock absorbers and a new rear Maniflow exhaust.

This really is a very rare and special opportunity to own a piece of mini Cooper history and should give its new owner an exciting and very enjoyable driving experience and long term investment. Free delivery to your door in my curtain sided van with in 200 miles of South Molton. 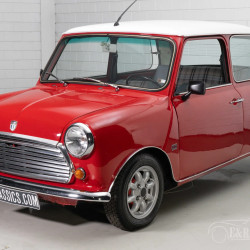 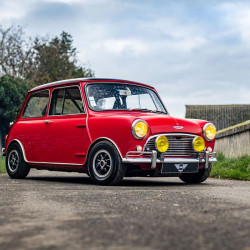 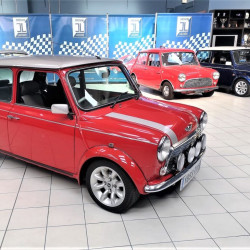 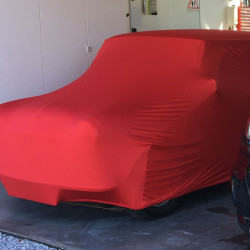 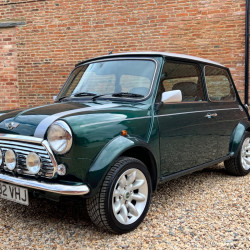