Rover Mini seven with something extra. The Mini seven was the last LE Rover produced other than the Cooper range and left us with a great legacy but a little unfinished so here's one that we think fills that gap. Still resembling a seven with the red and cream interior and red dash but added to the outter appearance its had the sportpack arches and silver and chrome edge deep dish 13" alloys fitted with Bridgestone tyres, 4 Chrome Spot lights and wiper set, tinted windows and topped off with a gloss black roof, black mirrors and single coach line so its looking quite a animal. The music is now a Sony stereo, drives well and a decent mileage of 57,000 miles. MOT once sold £9,995.00. 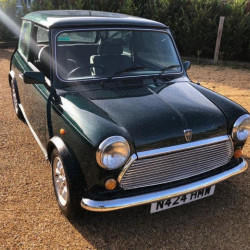 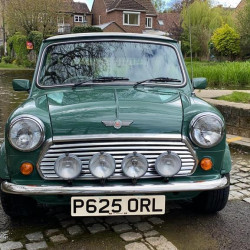 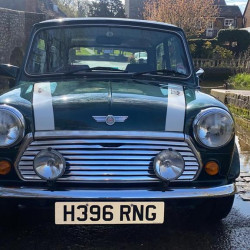 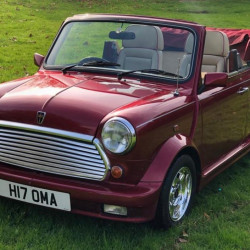