As the 1960s were ending, British Leyland hired Ford designer Roy Haynes to revamp the Mini for the 1970s. Haynes restyled the entire front end with a squarer nose featuring a bumper-to-bumper grille section with larger headlights sitting atop a revised front bumper. The restyled model was produced from 1969 - 1980 and over the years was powered by 998cc, 1098cc and 1275cc engines, and offered in two trim levels: the Mini Clubman, and the Mini 1275 GT.

The 1275 GT was the new sporting Mini designed to replace the Cooper 1275S however the earlier car managed to hang on until 1971. The new GT featured the established 1,275cc engine and a unique close-ratio, 4-speed, four synchro manual gearbox - previous Mini gearboxes didn’t come equipped with a first gear synchro. It was also the first Mini to receive a tachometer and the 10-inch Rostyle alloy wheels fitted over 7.5-inch Cooper S carryover disc brakes as standard. The 1275 GT, although not quite as quick as its Cooper S predecessor, was cheaper to buy and operate compared to the S.

The car presented here is a 1979 Mini 1275 GT resplendent in its rare factory colour of Java Green with Gold side decals a striking look that really takes you back to the 1970s. It has covered just 80,477 miles in the last 42 years with only seven owners in that time. Recently refurbished by a marque specialist, it now looks simply stunning. The car was restored some ten years ago and has covered very little mileage since, being owned by Mini enthusiasts, and is said to drive very well and pull strongly through the gears, making all the right sounds. The underside is body-coloured and the subframes all appear to be in great condition. A substantial amount of time and money has been spent to make the interior particularly nice, with new Contour Basket Weave seats and matching door-cards, costing nearly £2,000, plus a smart set of new carpets.

Not many 1275 GTs survive in this sort of condition, and with Cooper and Cooper S values still out of reach for many enthusiasts, this sporty sibling makes a lot of sense to experience the unique thrill of driving a fast Mini. 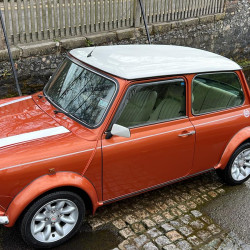 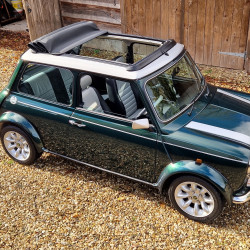 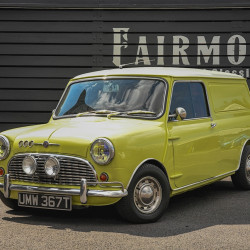 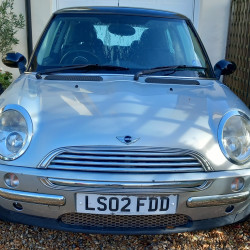 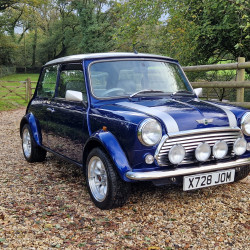