The history of this revolutionary motorcar is well known. Its impact socially, culturally and mechanically is well documented. The Swinging Sixties, free love, The Beatles, Twiggy and the Mini are inexorably combined to represent an era that is remembered with great fondness by many people. The side story is the Mini’s impact on motorsport and is no less extraordinary. John Cooper, owner of the Cooper Car Company and designer and builder of Formula One and rally cars, saw the potential of the Mini for competition. The original 848cc engine was given a longer stroke to increase capacity to 997cc, boosting power from 34bhp to 55bhp. The car featured a racing-tuned engine, twin SU carburettors, a closer-ratio gearbox and front disc brakes, uncommon at the time in a small car. A more powerful Mini Cooper, dubbed the ‘S’, was then developed in tandem and released in 1963, featuring a 1071cc engine. Cooper also produced two S models specifically for circuit racing in the under 1000cc and under 1300cc classes respectively, rated at 970cc and a 1275cc and continued in production until 1971. The Mini Cooper S earned acclaim with Monte Carlo Rally victories in 1964, 1965 and 1967. Huge demand was also generated on the club scene and, quite rightly, continues today.

This rare Mk. III Cooper S was originally registered on 1st July 1971. The vendor purchased this car in August 2017 in a poor state, although complete there were a number of boxes that came with the car. The genuine ‘S’ bodyshell has been repaired to a high standard even retaining the correct four flute sills. To be expected when purchased, a full nut and bolt restoration had to be carried out with much of the work being done whilst the bodywork was sorted.

The engine was stripped and rebuilt as was the gearbox. The hydrolastic suspension was retained, most cars of this era have been converted to conventional shock absorbers; however, the vendor was very conscious of keeping the car as close to its original format as possible. It is also worth noting that hydrolastic suspension works very well with good roadholding when set up correctly.

Any trim that needed replacing was either ‘new old stock’ or very good ‘used but original’ items where necessary. Only 1,572 Cooper S Mk. III’s were manufactured with just 792 of these destined for the home market making this a very rare car. Supplied with a V5C registration document and a current MoT test certificate valid until 11th July 2022, viewing is recommended to appreciate the quality of this 1275cc Mini. 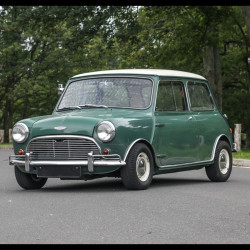 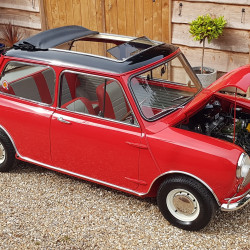 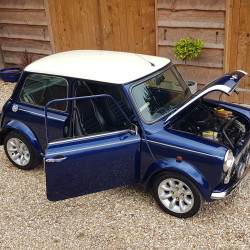 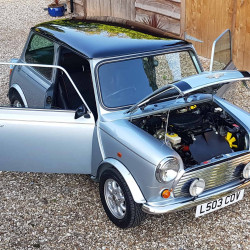 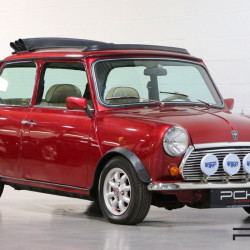