1968 Morris Mini Cooper S MK I 1275cc. Island Blue with Old English White roof and Grey upholstery. Supplied new on 1st April 1968 to Mr Hart of Southend on Sea by Stewart & Arden Ltd of Essex. In 1973 Mr Hart moved to Cornwall taking the S with him.

In 1977 the car was sold to Wheel Garage of Ashton nr Helston and then sold to Mr LLoyd of Porthleven who owned the car until December 1991. The new owner was Mr Mike Wright having known the car for approximately 10 years, he was looking for a project after recently finishing another restoration.

By this time the car had been of the road many years just sat in a garage in many parts. Mike proceeded to complete a full nut and bolt restoration of the car. He kept the car until 2000 when it passed to Mr Southcott of Fareham who continued the restoration until finished in 2004 including a full photographic record then kept the Mini until 2009 when it was purchased by collector Mr Brooker of Stratford Upon Avon.

Unfortunately Mr Brooker passed and his beautiful Cooper S was sold to the most recent keeper for his own private collection. Remarkably this car has had just 4 previous keepers throughout its 54 years. This stunning car remains in outstanding show condition and beautiful in every area. The huge history folder consists of copies of all V5 documents, Heritage Certificate, lots of bills, invoices and old mot certificates dating back to the early seventies.

Most recent expenditure was a full engine and gearbox rebuild by a well respected Mini specialist at a cost of £5427. The car has remained in a private collection and covered less than 50 miles since. Although now tax and mot exempt a fresh mot will be applied upon sale for your own peace of mind. 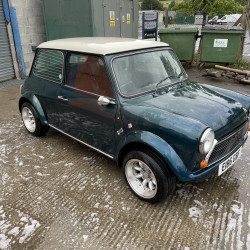 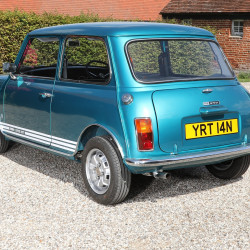 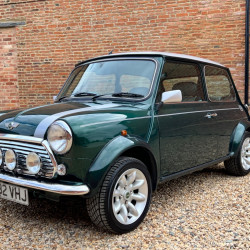 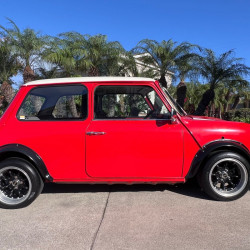 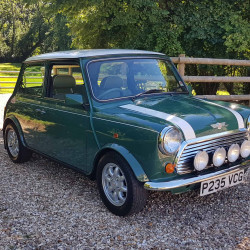