This is a genuine 1275 S that was exported in Oct 1965 to North America where it remained until recently when it returned to the UK and is now in the process of being registered with the DVLA. According to the heritage certificate the car was built on the 23rd of September 1965 and came with a fresh air heater and an extra fuel tank.

The shell is the original but it does have quite a few dents which can be straightened by a good panel beater plus the floors will need to be replaced as it must have sat for some time with wet carpets. The rest of the shell including the sills, rear subframe mounts and inside the rear passenger compartment pockets is very strong. Panel wise it will need a bonnet, floor pan, a repair section to the front offside ‘A’ panel plus a battery box. The boot floor is otherwise in very good condition along with the rear valance, roof gutters, scuttles, front wings and inside the ‘A’ panels. It retains its ‘A0’ body number on the front panel and original VIN / chassis plate on the radiator cowling along with ‘FE’ number. Further evidence which confirms it is the original ‘S’ shell is the extra fuel tank bracket on the rear passenger bulkhead along with the usual boot board brackets and gear remote cut out.

The engine is the original unit for the car and still retains its original engine tag and consists of a 1275 ‘S’ thin flange block a 163 head with ‘S’ rockers and the usual ‘S’ running gear along with the carbs and air box.

Most of the important parts are there including the 120-mph speedo and the car still retains its hydro units but I suspect they will need replacing.

The interior is very good with all door cards present and the seats look very good with only one tear on the back of one of the seats. The head liner looks in good condition and should clean up well.

Overall, this is a genuine ‘S’ retaining its original body shell that it left the factory with along with all its original identification tags plus it’s a very complete example with very little missing.

The car is located just south of Reigate which is just off Junction 8 of the M25, I work nights so I’m available for any questions or viewings after 11:00 am most days

I've received loads of questions so

I've spent the morning taking off all the ancillaries and can confirm all the numbers are correct as per the heritage certificate.

Some of the ancillaries are beyond economical repair including the radiator, starter motor and dynamo so I'm happy too negotiate, I also had a closer inspection of the subframes and can confirm the front one is fine and the rear one is just on the turn so personally I would replace it.

I'm certain the hydro displacers will need replacing and I think they're available on an exchange basis for approx £120 each.

Many thanks for all the comments and interest, as many of you have said there can't be many more out there!! 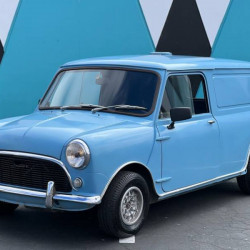 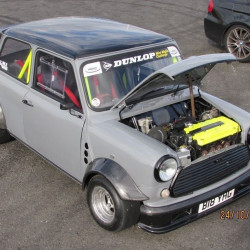 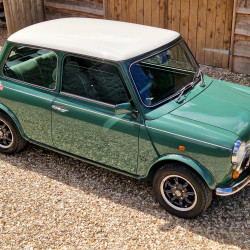 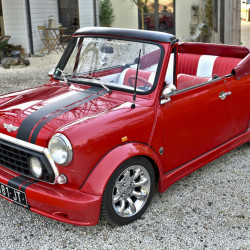 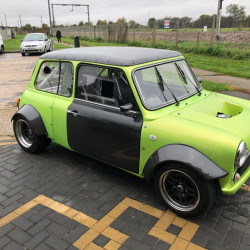