The history of this revolutionary motorcar is well known and its impact socially, culturally and mechanically is well documented. The Swinging Sixties, The Beatles, Twiggy and the Mini are inexorably combined to represent an era that is remembered with great fondness by many people. Very few classic cars have seen such a meteoric rise in values as the Mini has over the past five years. The Mini holds an iconic place in British motor car history and in the hearts and minds of anyone who has owned one, it is safe to say no other car can spark a conversation in the same way as a Mini can. On its introduction in August 1959 the Mini was marketed under the Austin and Morris names, as the Austin Seven and Morris Mini Minor. The Austin Seven was renamed Austin Mini in January 1962 and Mini became a marque in its own right in 1969.

Registered on 11th July 1963 this Mini Cooper, originally a 997cc, presents in the instantly recognisable colour of Almond Green with a white roof. This example is in good all-round condition and we are advised she drives with no known faults. It retains many original features, including the now unobtainable veltone carpets. The upgraded 1275cc engine fitted with twin 1.5 SUs, started immediately when requested and ran well, the car has also been further enhanced with genuine Cooper ‘S’ LP883 wheels and ‘S’ 7.5” disc brakes. This Mini is best described as a good, honest example. Supplied with a V5C registration document and a full year’s MoT test certificate, this is a perfect opportunity to own such an iconic British classic, which will certainly appreciate over time. 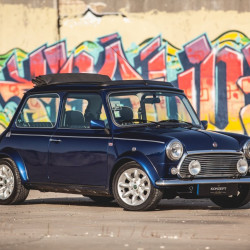 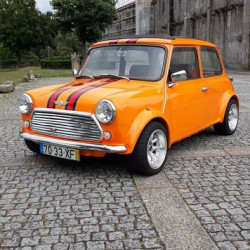 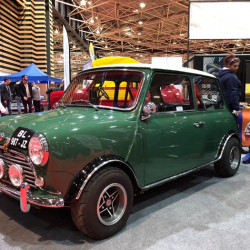 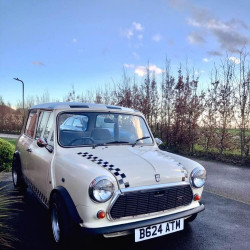