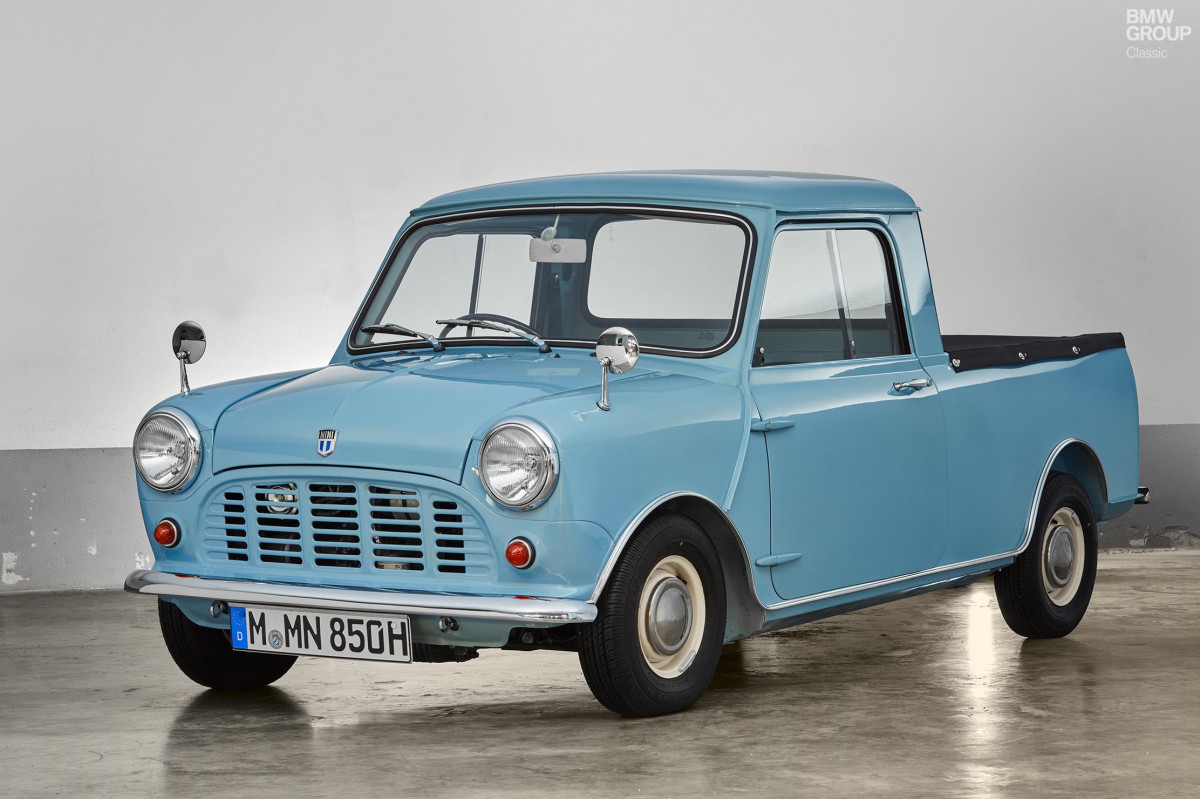 With a career that lasted 41 years and with worldwide sales of more than five million, the Issigonis-designed Mini was a major British success story. And it’s now more popular than ever among classic car enthusiasts, with prices of the best examples at an all-time high.

Countless different versions were offered over the years, so narrowing down our favourites to a mere ten has been tricky. But hey, we’re always up for a challenge. So check out which Minis we reckon are among the greatest of all – and make sure you tell us your fave, too., 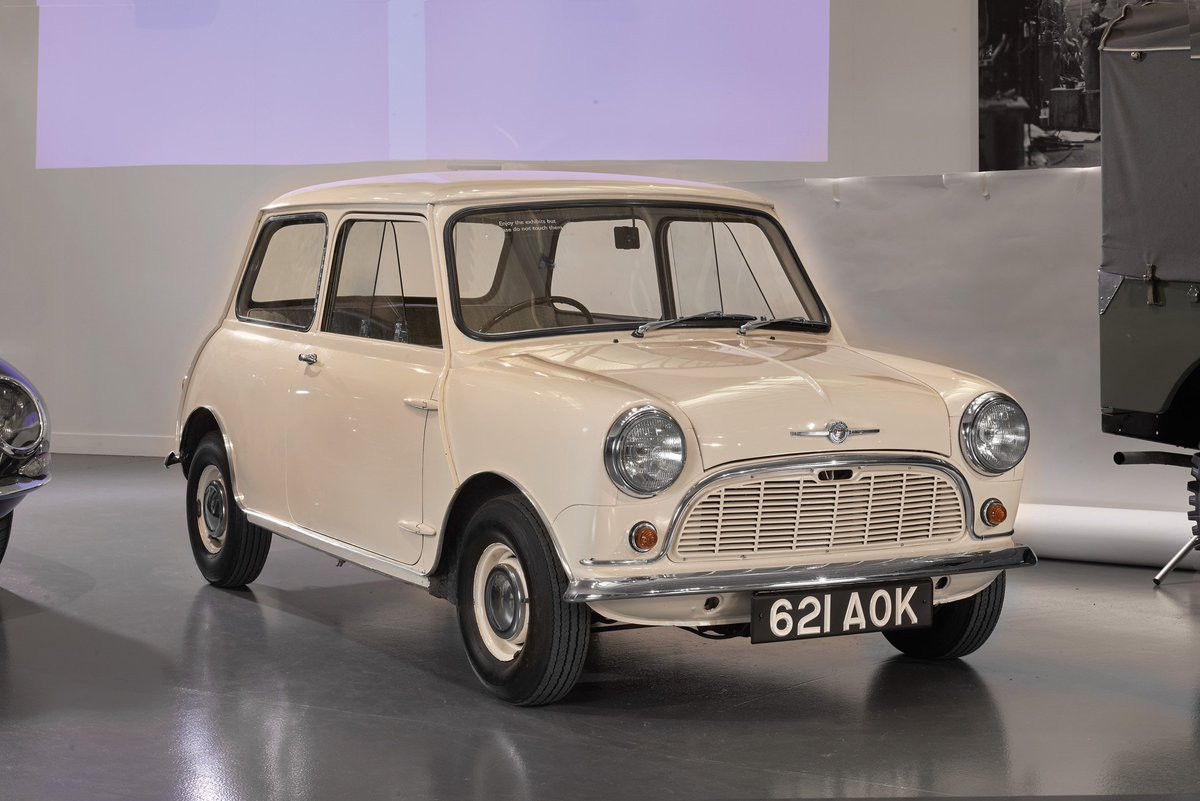 Back in 1959, the Mini was a revelation. The front-wheel drive, transverse-engined, wheel-at-each-corner creation by Alec Issigonis was so brilliantly packaged that it made bigger, clumsier cars look instantly outdated; indeed, it would take most other European manufacturers a decade to catch up. Early versions were sold as the Austin Seven and Morris Mini-Minor, each one coming with sliding side windows, huge door bins, external hinges and a brilliantly basic charm. The MkII that took over in ’67 was even more capable but somehow lost some of the MkI’s originality – which helps to explain the extraordinary values of early Minis nowadays. 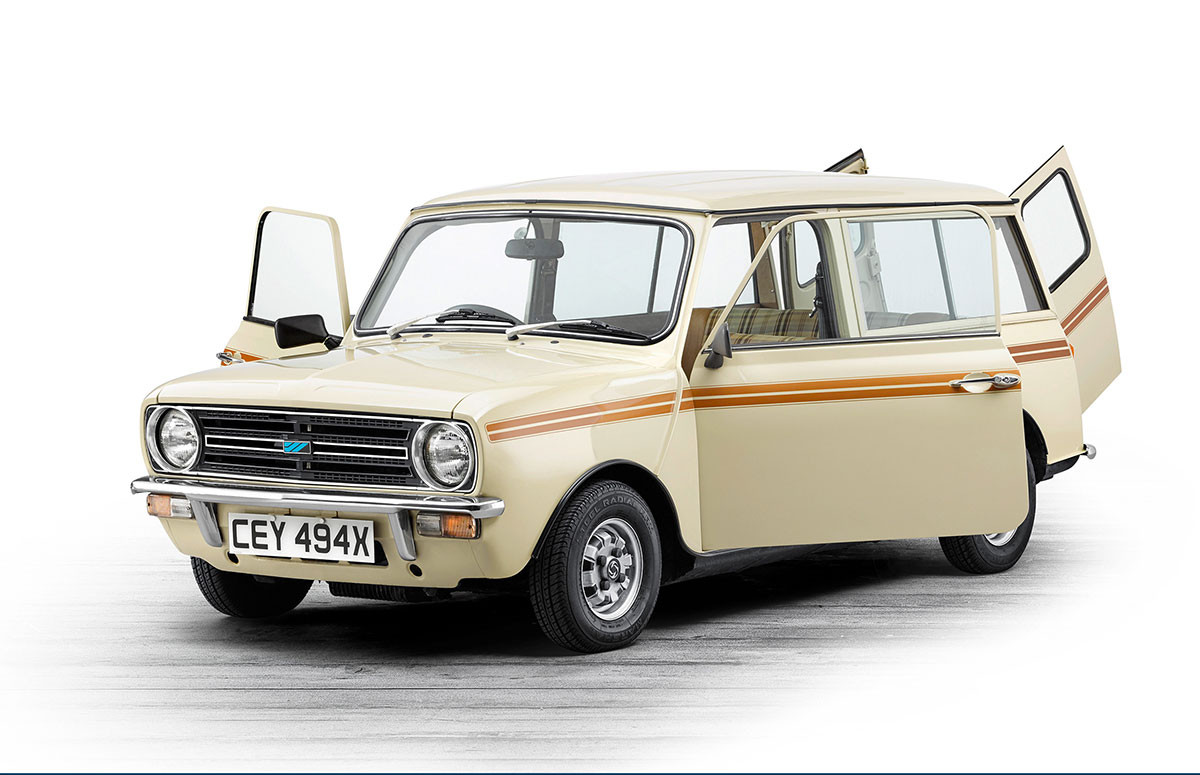 What could be more useful than a Mini saloon? A Mini estate, of course! Originally sold in Austin (Countryman) and Morris (Traveller) guises, this load-lugging passenger-carrying gem was only marginally longer than the saloon, featuring a squared-off woody-like back end with twin side-hinged rear doors. Both estates sold well, but the 1969 arrival of the Clubman saw the Countryman and Traveller replaced by the Clubman Estate, which ran until 1980 before being renamed the Mini HL Estate for the final two years of its career. Nowadays any estate version of the Mini makes an entertaining and practical classic. 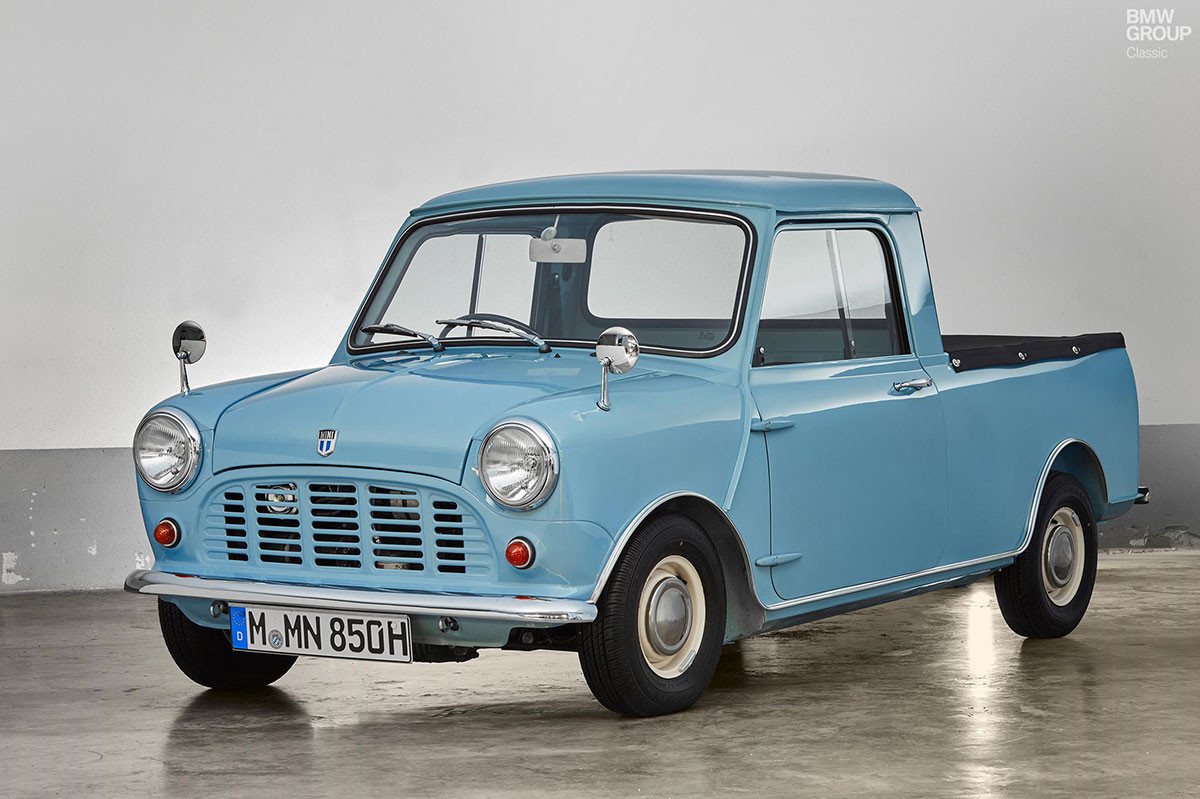 Given how successful BMC had been in the car-derived van market, commercial versions of the Mini were an inevitability. Launched in the same year as the Countryman and Traveller, the Mini van was a logical move, though the addition of a pick-up was also welcomed by many.  Amazingly, both of these Mini holdalls survived through to the early ’80s, finally usurped by the less characterful Metro van. Standard power came from the ubiquitous 848cc (33bhp) A-series engine, though a 998cc (39bhp) option became available later. Nowadays, Mini commercial prices are higher than they’ve ever been. 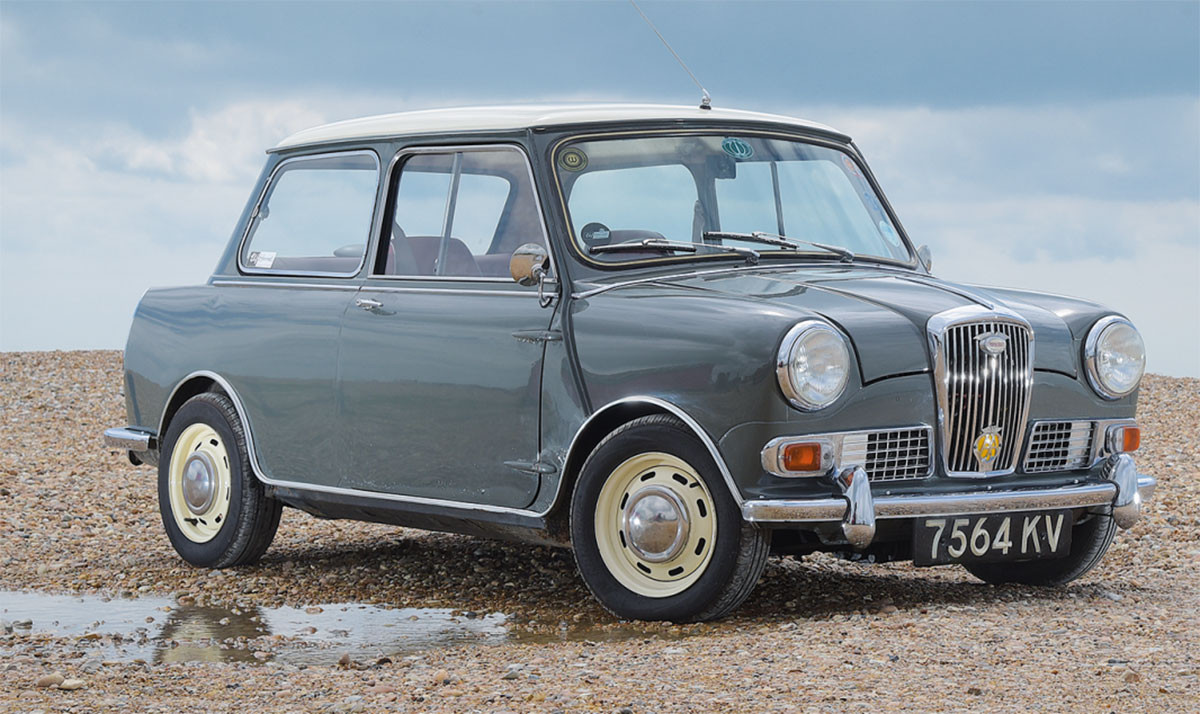 The Mini-based Riley Elf and Wolseley Hornet are two of the best examples of BMC badge-engineering. Launched in 1961, these newcomers were based around the standard Mini’s structure but with a proper protruding boot and miniature tail fins, as well as a new front panel and bonnet to house a traditional Riley or Wolseley front grille. Inside too, things took a move upmarket thanks to a veneered wooden dashboard and improved trim throughout. Both cars were rather exclusive thanks to their relatively high pricing, with just 30,912 Elfs and 28,455 Hornets built in total. 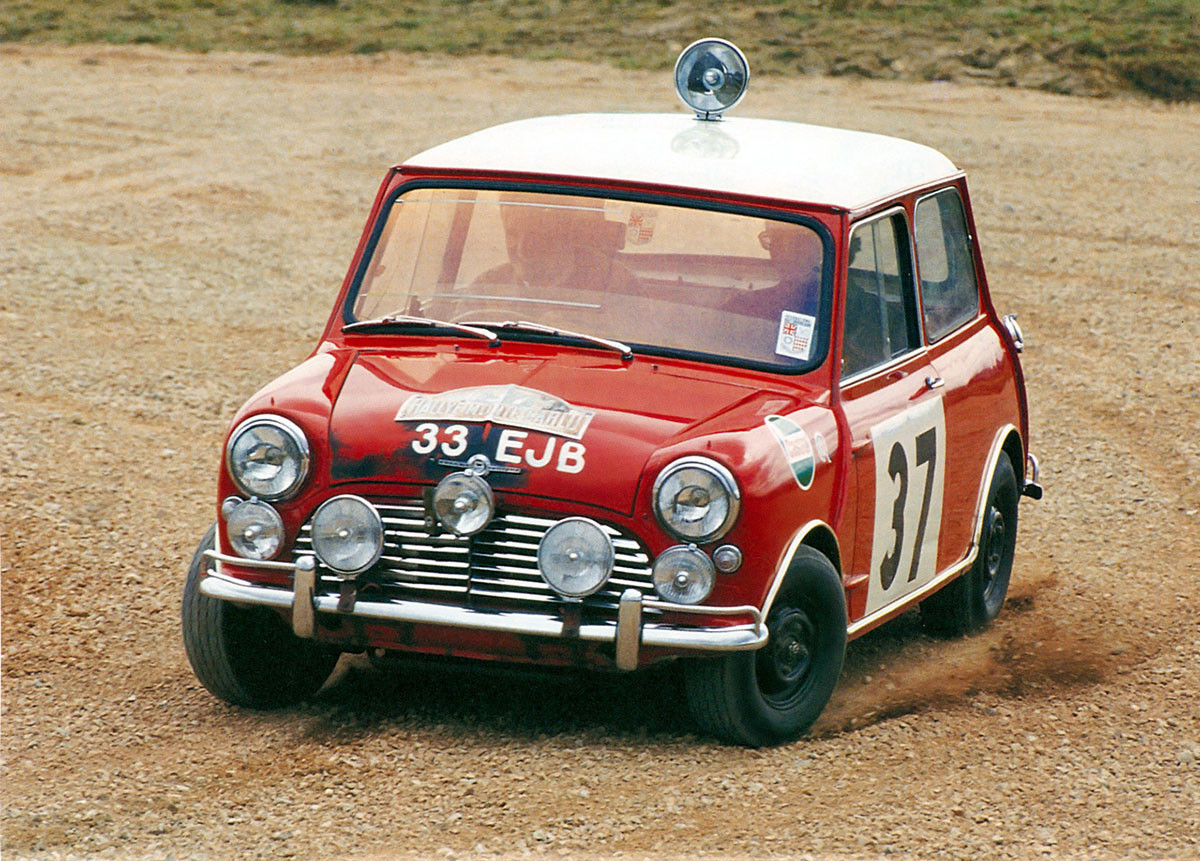 Issigonis designed the Mini as an economical family car, but its astonishing handling capability meant so much more potential – a fact not lost on John Cooper of Cooper Car Company fame.  The end result was the Mini Cooper of 1961, the original version featuring a longer-stroke (997cc) version of the 848cc powerplant. This was usurped by the 998cc Cooper in ’64, by which time the 1071cc Cooper S was also on sale – replaced by the 1275S that ran through to 1971. Any original Mini Cooper is hugely desirable nowadays, which means you’ll need deep pockets if you’re to take the plunge. 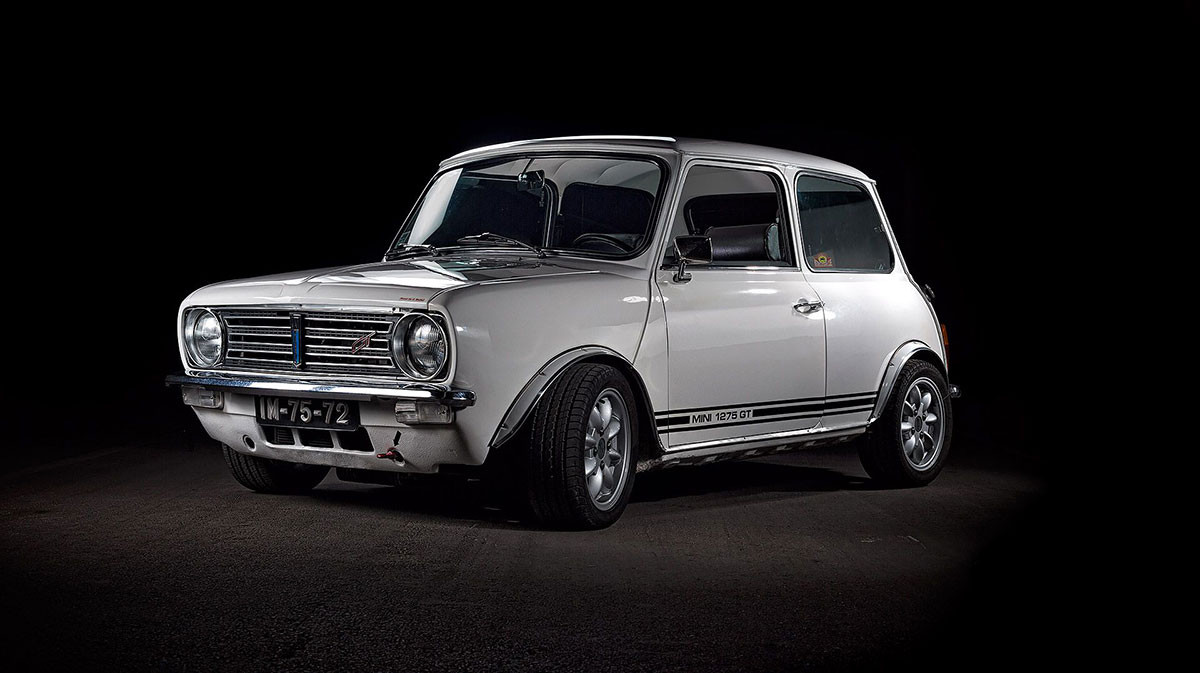 The Mini had been around for a decade by the time the Clubman saloon and estate arrived, launched by the newly formed British Leyland to take the famous Issigonis machine further upmarket than originally intended. New front end styling from ex-Ford man Roy Haynes gave the Clubman a more modern look, with the standard Mini’s rounded front wings and bonnet replaced by an altogether squarer shape. Initial engine was the 998cc A-series, subsequently replaced by the 1098cc version. Most exciting newcomer though, was the Clubman-shape Mini 1275GT, a sporty offering that effectively replaced the Cooper via its 60bhp output. 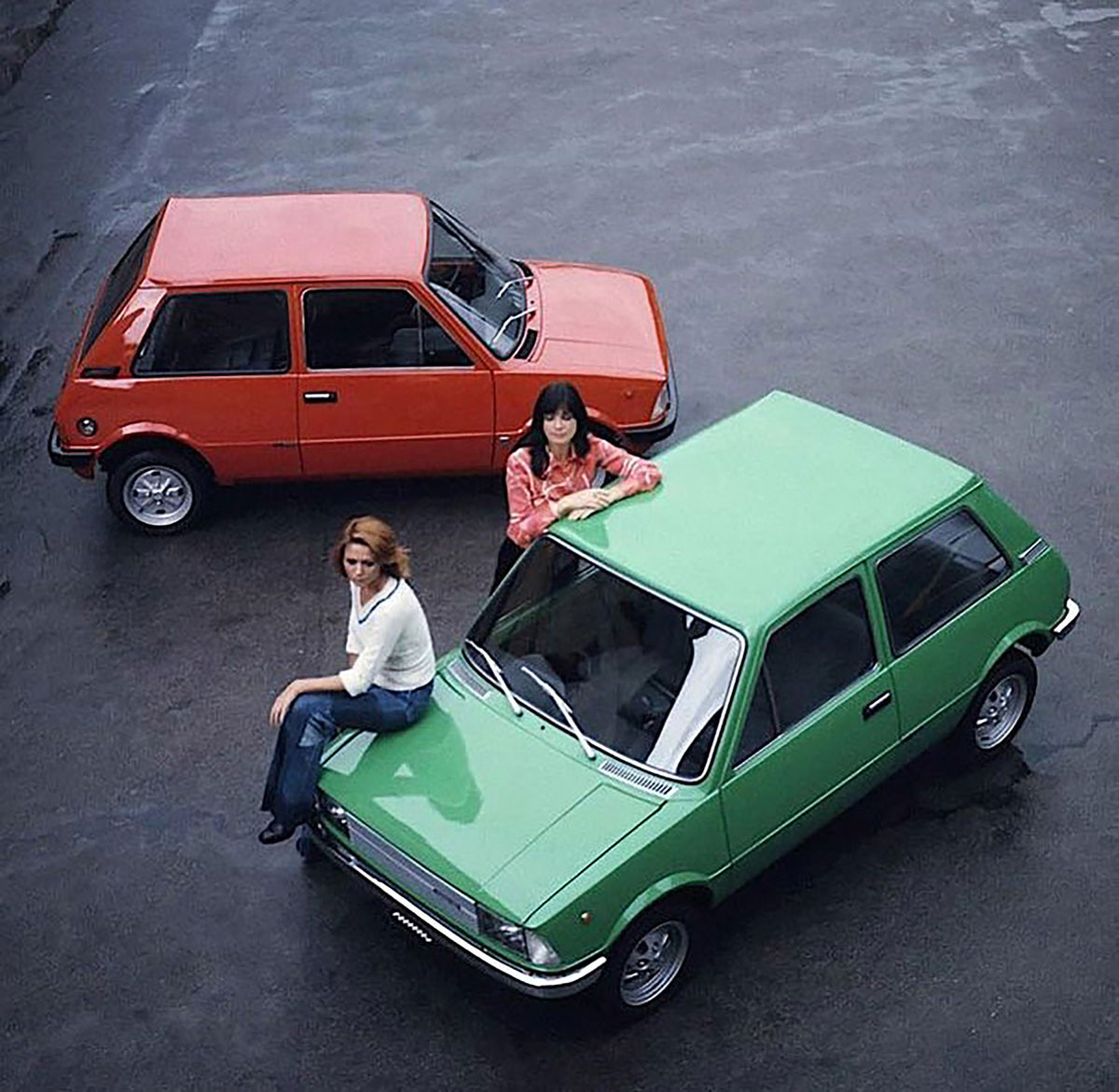 It’s a shame that the neat little Innocenti Mini was never sold in the UK, particularly as this Italian firm was owned by British Leyland at the time. By the early ’70s, Innocenti felt that the original version of the Mini was rather long in the tooth, and began development of its own replacement. What arrived in 1974 was a chunky three-door hatchback based on the Mini platform (and with its familiar 998cc and 1275cc engines) but with all-new Bertone-styled bodywork. Only minor changes were made until 1982, when Daihatsu engines replaced the classic A-series powerplant. 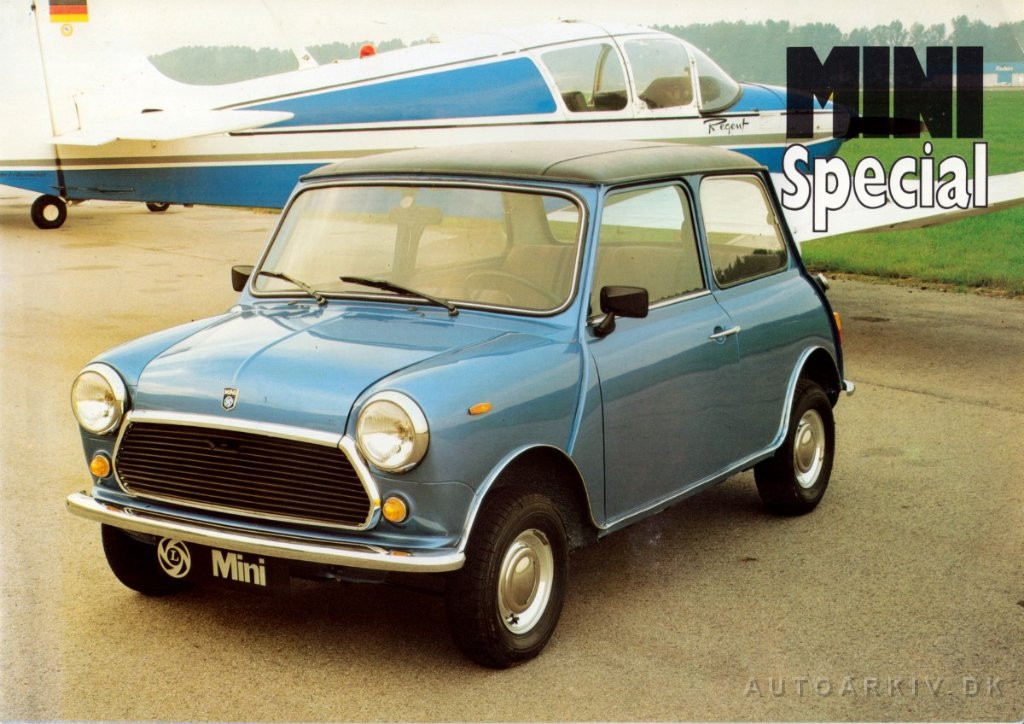 If there was one thing done brilliantly in the second half of the Mini’s career, it was the creation of innumerable limited-edition versions. It started with the 1100 Special, launched in 1979 to celebrate the Mini’s 20th anniversary, and continued throughout the ’80s with the Mini 25 and 30 (in 1984 and ’89), plus specials like the Ritz and Chelsea of 1985. Colour-themed specials like the Red Hot, Jet Black, Rose, Sky and Flame also proved popular, while the ’90s added models like the Mini Paul Smith, Cooper Monte Carlo and Mini 40 (shown here) to the mix. 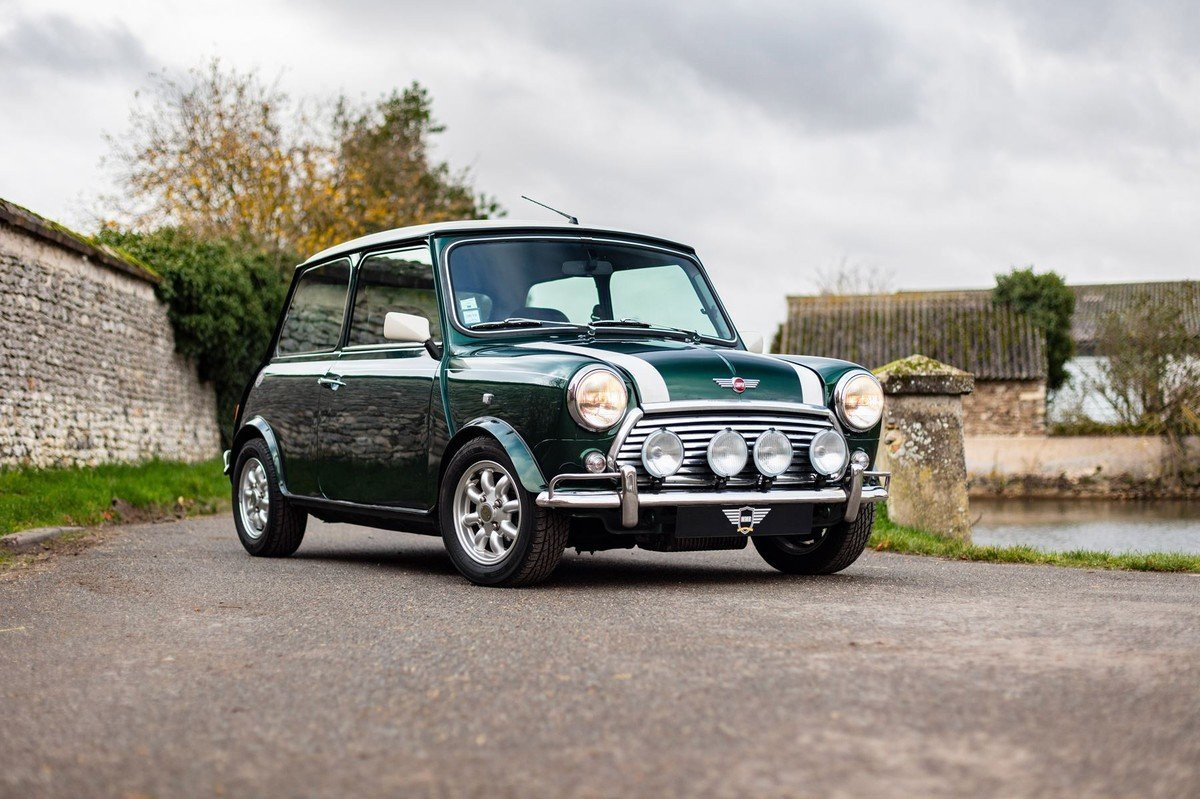 Issigonis’ classic could easily have been killed off at the end of the ’80s, with falling sales suggesting its imminent demise. But 1990 saw the resurrection of the iconic Cooper – and with it a whole new lease of life for the Mini. Powered by a 61bhp version of the 1275cc A-series engine, the 90mph Cooper helped to give the Mini an extra decade of production, the final example rolling out of Longbridge in October 2000. An optional JCG ‘S pack’ performance kit boosted power to 78bhp (or up to 90bhp in later years), while fuel-injection became standard from 1991. 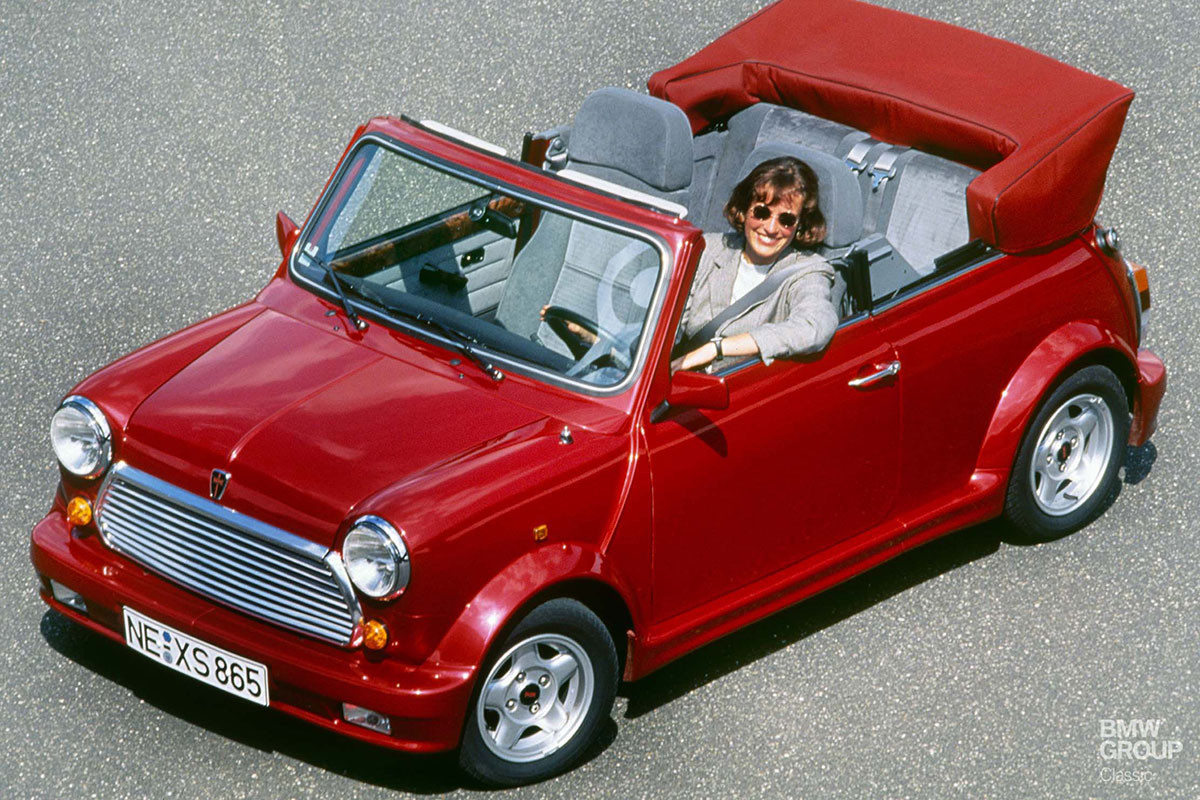 Crayford offered a convertible Mini back in the ’60s, but it took until 1993 for the ‘official’ Mini Cabriolet to arrive. Available in Nightfire Red, Caribbean Blue or British Racing Green, the newcomer was an upmarket little beast with a price tag of £11,995 – compared with just £7195 for a standard Mini Cooper. Still, there were people willing to pay that much for a wind-in-the-hair Mini, and the model acted as a terrific publicity machine for both the Mini and the Rover Group in general. Sadly though, only around 300 cars were built before production ceased in ’96.