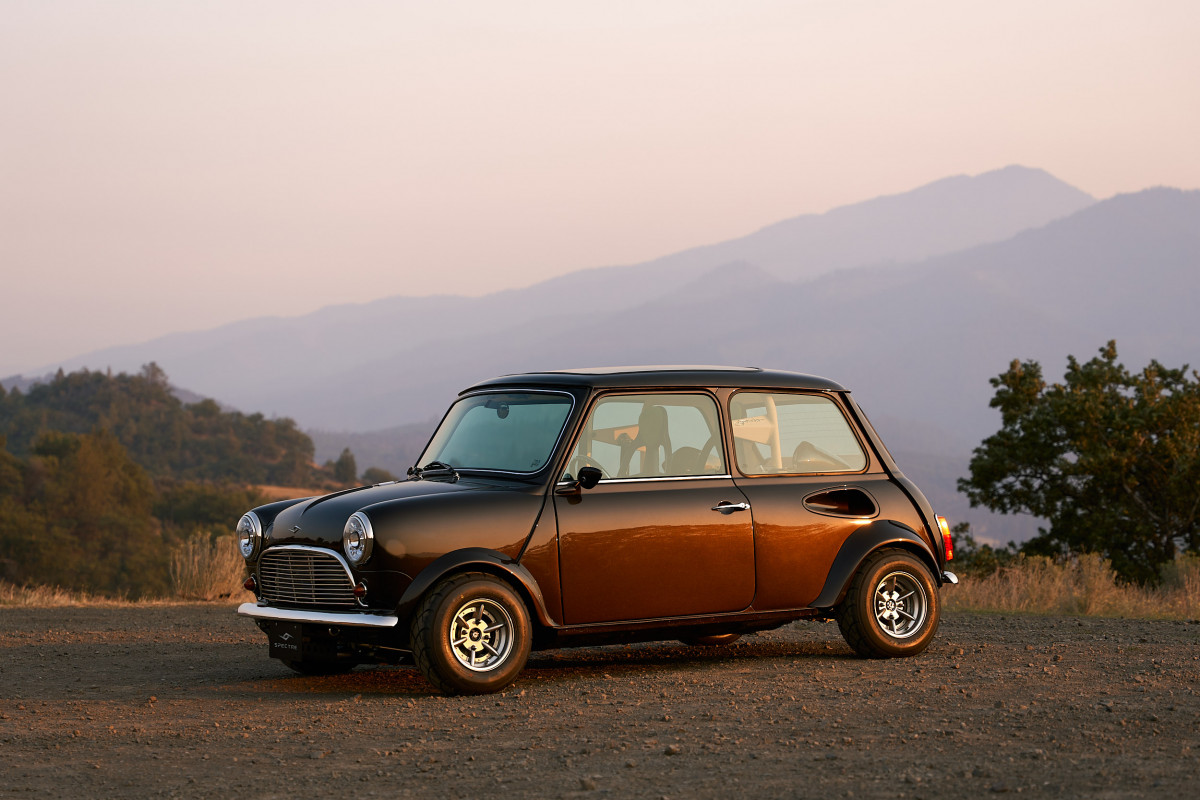 When you come across an original Mini, you can't help but smile. Short, small, snappy as a terrier, tiny wheels pushed to the corners and a pop-eyed face that's as friendly as an old Porsche without any of the pretension. Minis are distilled fun, and they've brought that joy to tens of thousands of people.

This one though? It's going to melt some faces off. 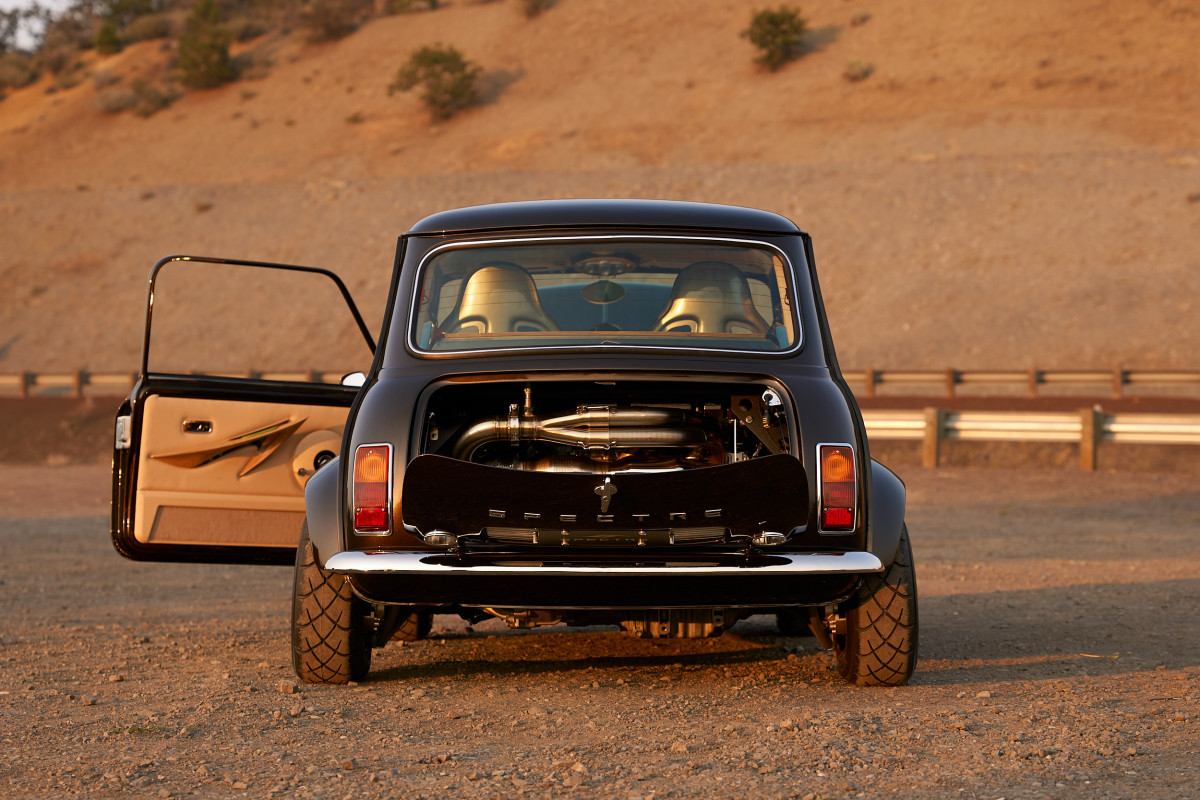 This is the Spectre Type 10, and to describe it lazily, it is the Singer process as applied to a Mini Cooper. In the same way that several companies are now taking air-cooled Porsches and trying to concentrate and enhance their essence, the small team at Spectre has attempted to both pay tribute to and elevate the concept of a sporting Mini. 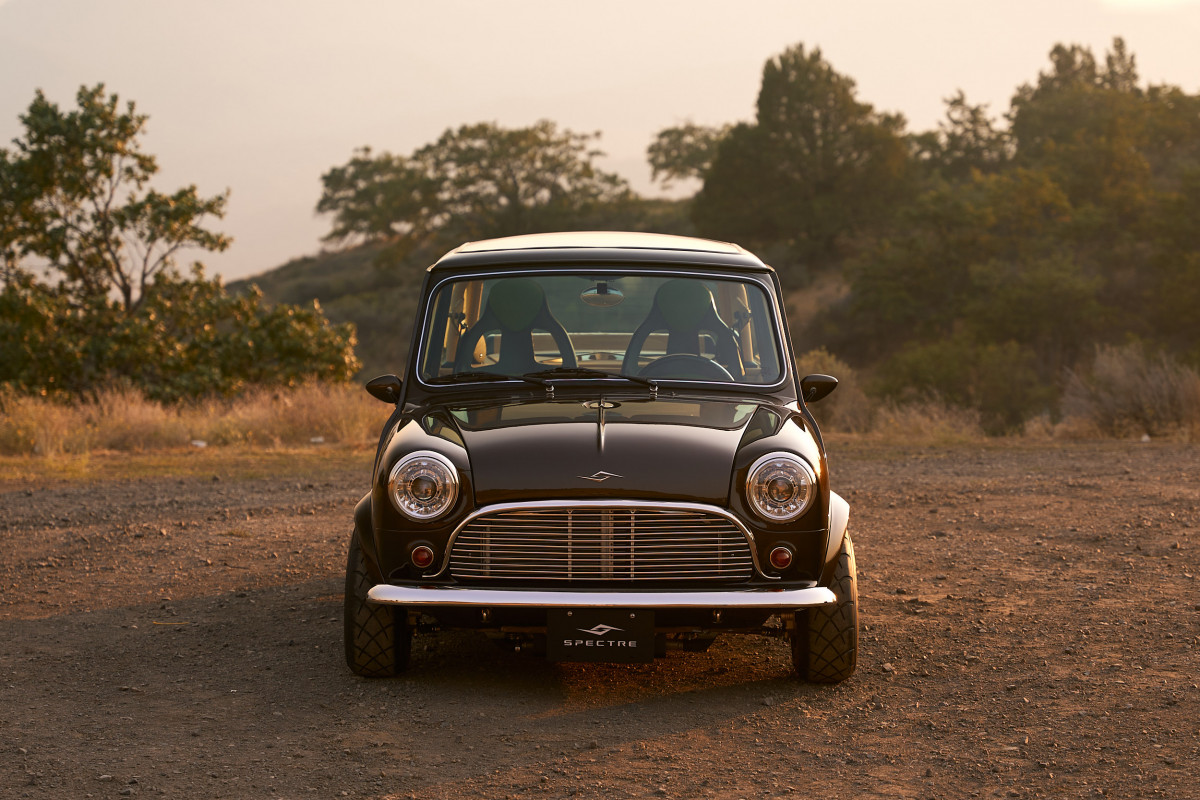 The headline is the engine, a 2.0-liter Honda K20 four-cylinder engine producing an estimated 230 hp at the wheels. It's mounted in the middle, with a limited-slip differential and a six-speed manual gearbox. The car weighs about 1700 lbs with a full tank of gas. That means a power-to-weight ratio firmly in Cayman GT4 territory. In a car the size of a roller skate. 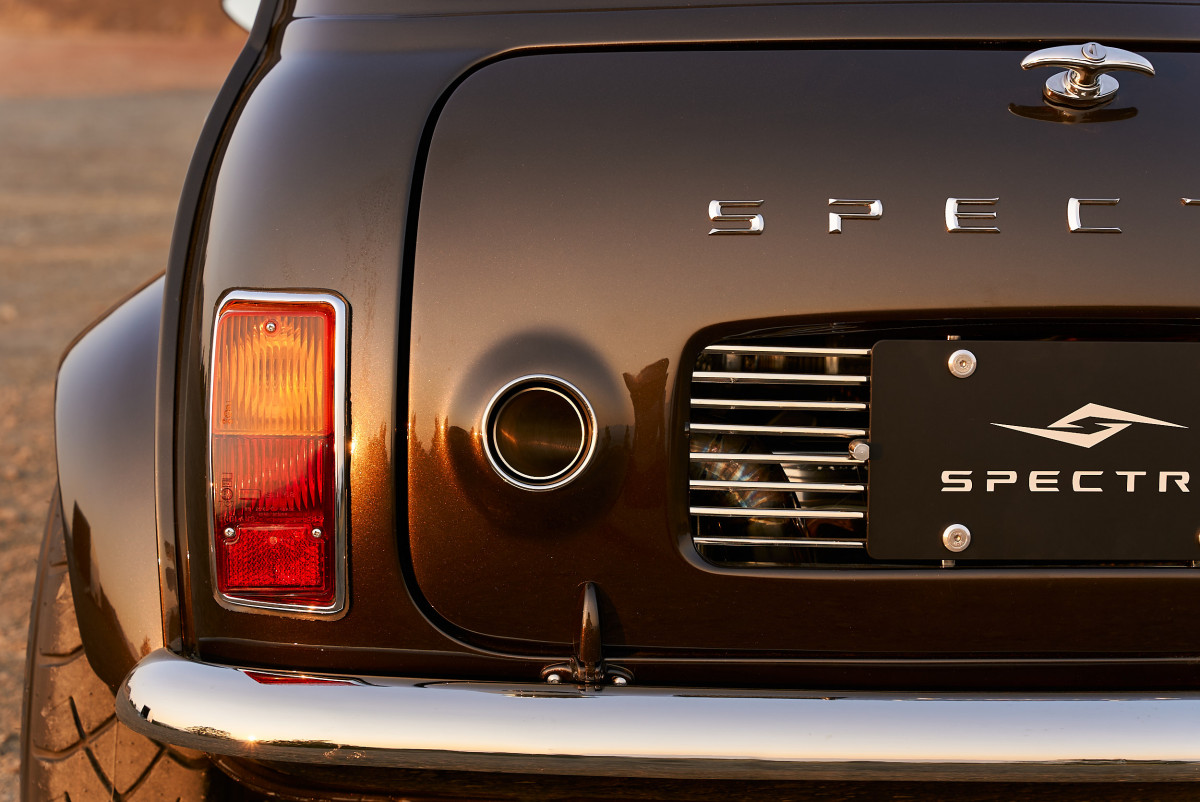 I've covered a mid-engined Mini build on here before, one with a Kawasaki liter-bike powerplant, and summed up the experience as having bees poured into your head. This is not that. This is both slightly more powerful and far more polished. 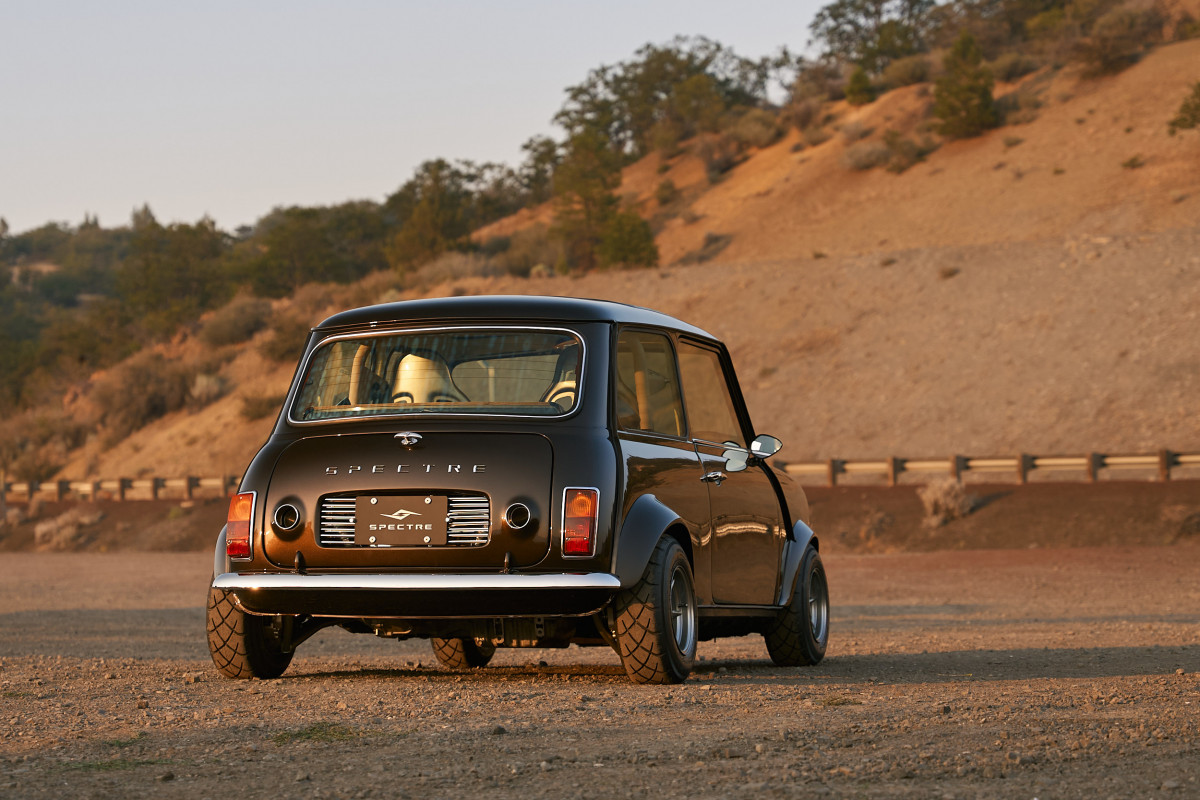 The Spectre 10 does, however, have the fingerprints of that same builder under its hood. Adam Trinder is Spectre's chief fabricator, one of a small crew that support Spectre's core team. Locally-known engine specialist Ocean Wong handled setup on the Honda engine. These are names not known outside Vancouver's generally close-knit motorsports community, but on the inside, guys like this have been getting things done for decades. 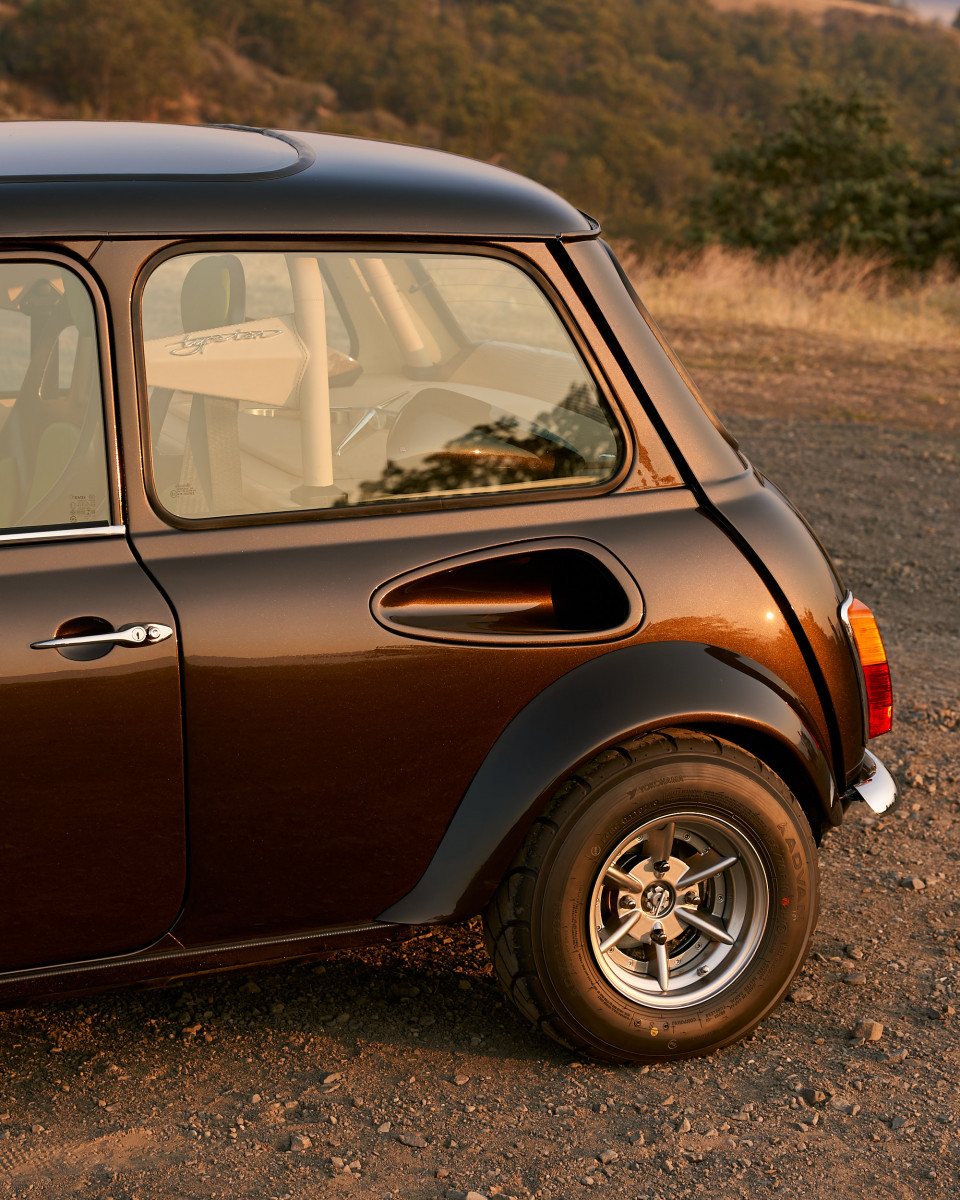 In fact, the Type 10 is the kind of car that could only really come out of Vancouver. There's a blend here of California-style import culture, but also British Commonwealth appreciation for English cars. Car culture here is broad and deep, and Spectre was able to tap a number of local craftsmen to shape bodywork, stitch leather, and carve wood.

The Type 10 is thus underpinned by experience. The vision is just as impressive as the execution. Spectre's creative designer Marco Lii is an Emmy-winning animator who pulled visual inspiration from a number of sources to create an interior that's difficult to describe. I mean, just look at it. 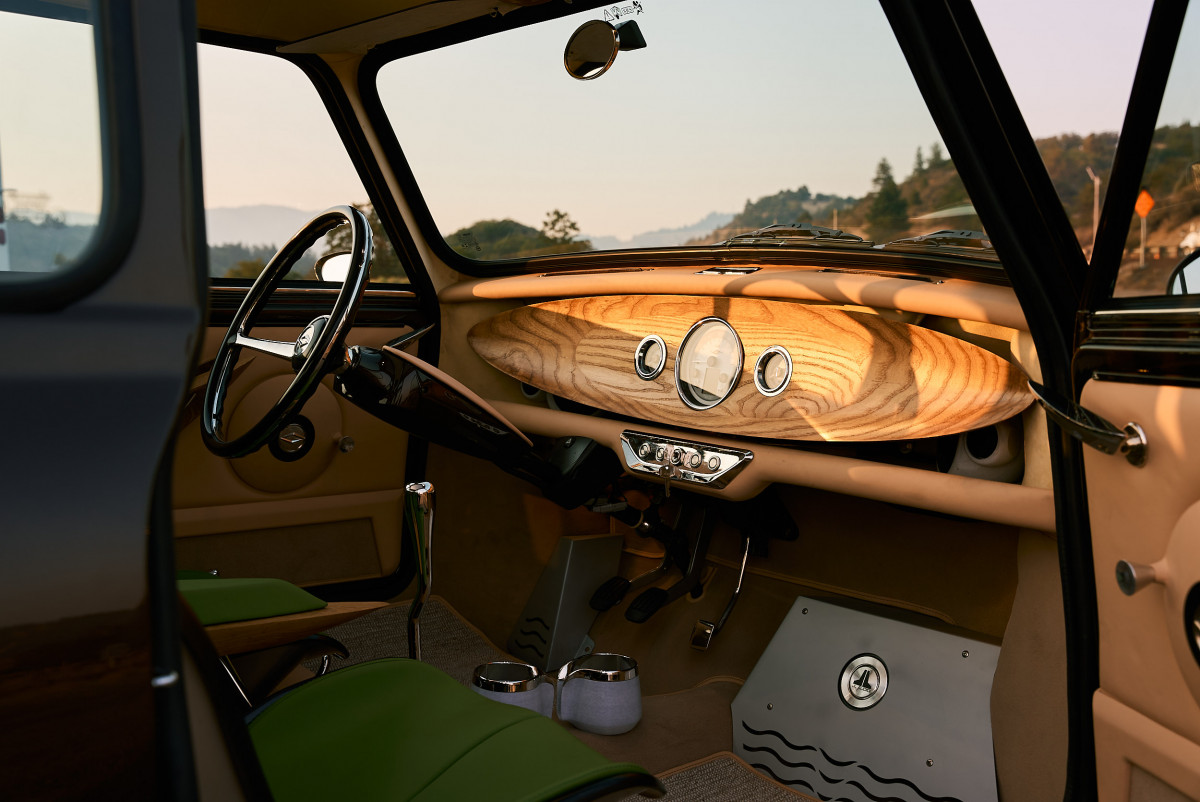 The dashboard is milled from ash trees found on Vancouver Island, and has the look of a hand-turned decorative wooden bowl. The seats are both minimalist and complex in shape. The gearshift is a teardrop of molten metal.

This is a thoroughly unconventional take on what a Mini should be. It's no longer a scrappy front-driver, punching above its weight. In engineering, it's an absolute performance monster with hand-formed flares and scoops. On the inside, it's a Japanese-inspired oasis of beauty. As a whole, I'm not really sure you can even call it a Mini anymore. It has become something else. Which, I suppose, is Spectre's ambition. 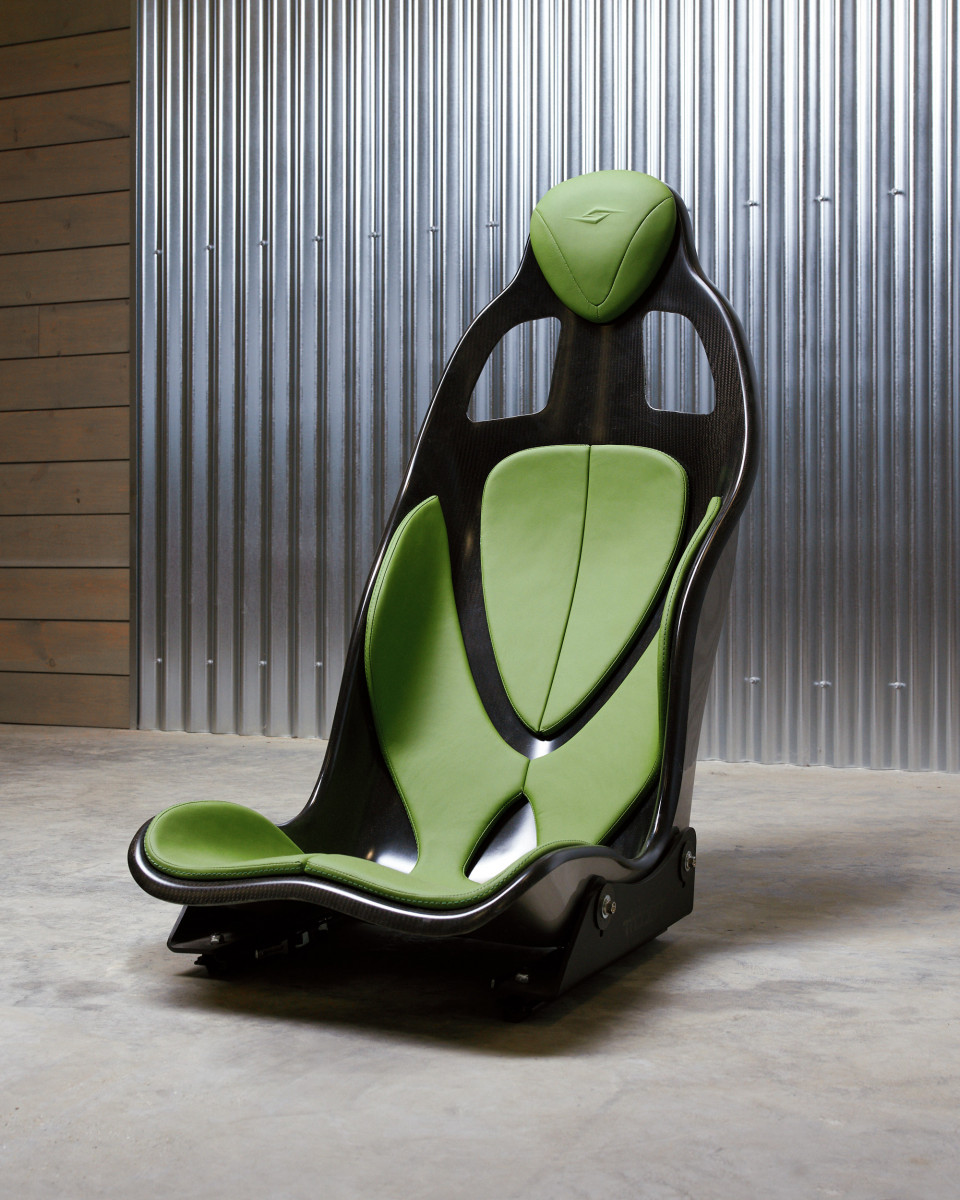 However—and this is the important bit—it still looks like a Mini on the outside. Spectre's Philip Ogilvie insisted on keeping the Type 10 faithful to the original's 10-inch wheel size. Doing so required engineering complex rear swingarms, and each wheel is designed and CNC-machined specifically for each corner of the car, with directional fins for heat extraction. It all looks just right. 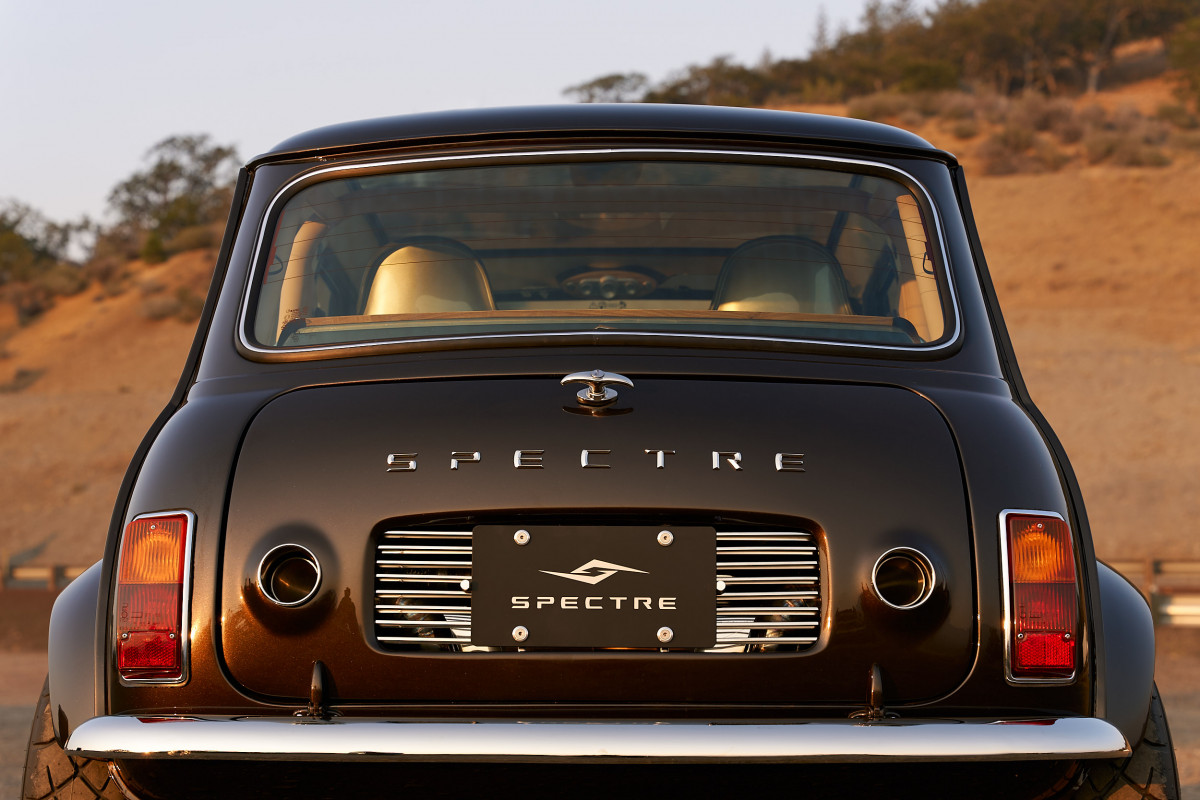 Thus, this no-stone-left-unturned creation still has the charm and familiarity of a car that needs no introduction. At $180,000 for the first run of ten, each custom-built to customer specification, a Type 10 will set you back as much as a well-optioned modern 911. But park the Porsche next to a Spectre at your local cars and coffee and guess which one is more impressive.

And something more. When the Type 10 is driving around Monterey this week, it will be passing perhaps the most jaded, overstimulated automotive audience on the planet. People will have seen every supercar, every classic, every exotic, nearly every rare and interesting car that exists. 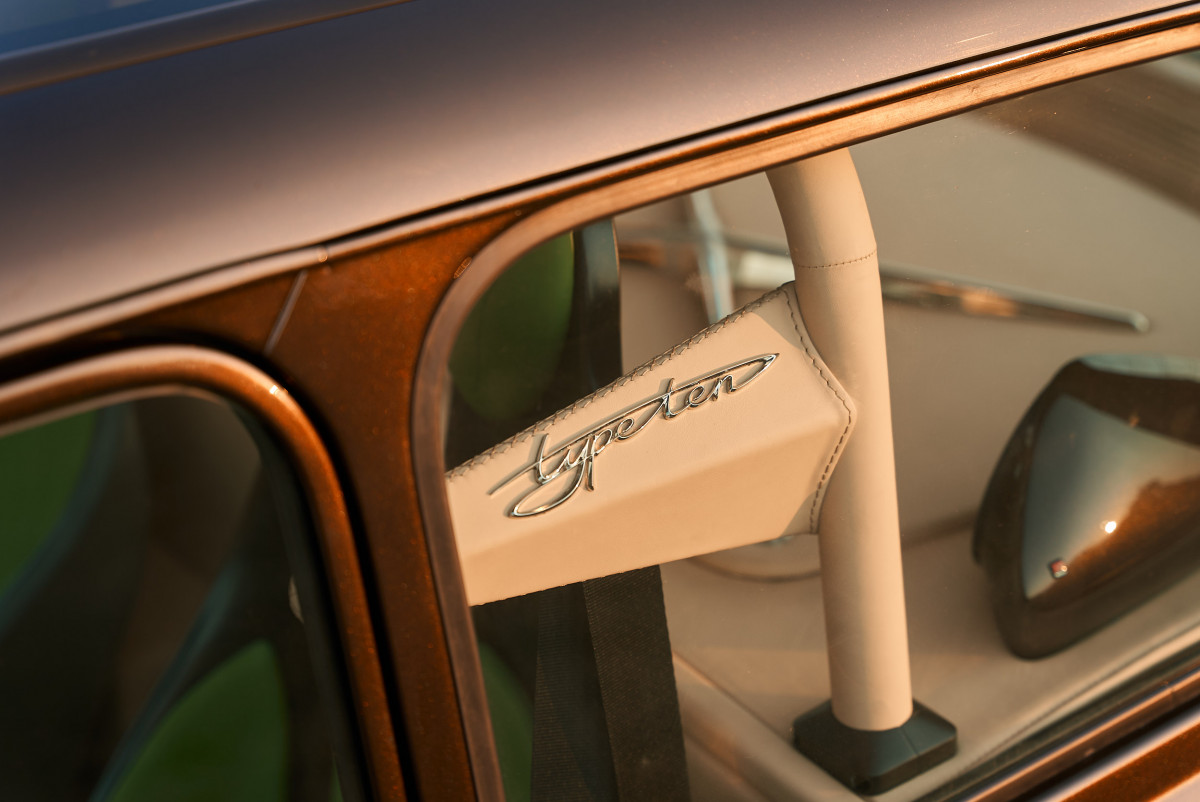 Yet when they see the Type 10, they'll smile. Because underneath, it's an incredible piece of engineering and design and effort. But from the outside, it's still a friendly little Mini, doling out joy wherever it goes.