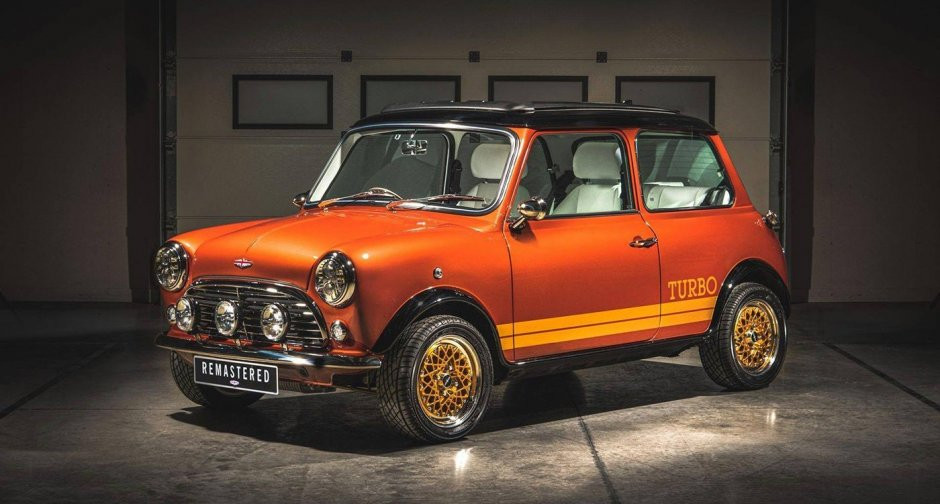 If you prefer the classic Mini's design over the current Mini Cooper but crave more power and contemporary creature comforts, look no further than the Mini Remastered restomod. Built by David Brown Automotive, the Mini Remastered is a modernized version of the iconic hatchback featuring an exquisite interior and, in the case of the high-performance Mini Remastered Oselli Edition, a 1,420cc Stage 3 engine developed by Oselli with over 100 horsepower.

This latest Mini Remastered specially commissioned by Simon Cowell stands out from the crowd, however, because it's a tribute to one of the most iconic James Bond cars of all time. No, not the Aston Martin DB5, but the Lotus Esprit.

And no, we're not referring to the Lotus Esprit that famously transformed into a submarine in 1977's 'The Spy Who Loved Me,' but the Esprit Turbo from the 1981 film 'For Your Eyes Only'. Two versions featured in the film, including a white example that was destroyed after Bond activated its self-destruct feature. The bespoke Mini Remastered, on the other hand, is inspired by the bronze Lotus Esprit Turbo that also appeared in the film.

Cowell's unique modernized Mini is finished in a bespoke Lotus Copper Glow paint finish as a homage to the movie car, with a contrasting black roof and wheel arches. Adorning the side profile is a distinctive Lotus 'Turbo' graphic and racing stripes hand-painted in Sahara Gold' Elsewhere, the James Bond-themed Mini Remastered rides on 13-inch alloy wheels painted in Sahara Gold with black brake calipers. Bumper-mounted auxiliary driving lights and LED headlights round off the exterior highlights.

Under the hood is a 1330cc naturally-aspirated A-series engine sourced from an original Mini uprated to 83 horsepower. Inside, the interior features a wood veneer dash in 'Dark American Burr Walnut with a gloss lacquer, Arctic White leather upholstery, and white Alcantara headlining, as well as ivory LED illuminated Smiths dials and Day Tripper painted trim. Unlike the original Mini, the restomod is equipped with a seven-inch touchscreen infotainment system with Apple CarPlay, Android Auto, and Bluetooth support. It's also equipped with a six-speaker sound system, which Simon Cowell will no doubt approve of.

It isn't known how much Cowell paid for this bespoke Mini, but it certainly wouldn't have been cheap considering the standard Mini Remastered starts at $97,000.